She has had a long career in public service, including leadership roles at the White House, the Department of Homeland Security and the Department of Justice, mainly focused on national security, intelligence and transportation. Cogswell also was assistant director for intelligence at U.S. Immigration and Customs Enforcement (ICE) and was deputy assistant to the president for homeland security and counterterrorism from 2010 to 2013.

She also received the DHS Policy Thought Leadership Award in 2010 and 2011 and the DHS secretary’s Award for Excellence in 2008. At Guidehouse, which provides management, technology and risk consulting for public and commercial sectors, Cogswell will focus on national security risks. The company is part of the Veritas Capital portfolio.

“Patty is a true champion of agency innovation and we are honored she is joining the Guidehouse team,” CEO Scott McIntyre said in a statement. 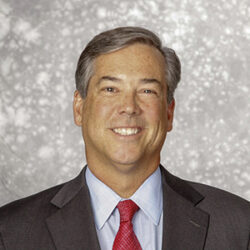