Cherry was named president of the Maximus Foundation, a role she took over on Oct. 1, according to an announcement Monday. She takes over from John Boyer, who has served in the role for 17 years. Boyer is retiring later during the fiscal year and he will work with Cherry during the transition. After his retirement, Cherry will also become chair of the foundation’s board of directors.

Cherry currently serves as Maximus’ vice president for diversity, equity and inclusion and she will continue in that role.

The Maximus Foundation was founded by the company’s board in 2000. In June, the foundation announced $2 million in grants to 167 nonprofit organizations across the United States working in community and youth development and health care services.

“Dr. Cherry has shown remarkable passion for the people who work at Maximus as well as the communities we serve,” Maxwell President and CEO Bruce Caswell said in a statement. “She will excel in her new role as the Maximus Foundation’s impact continues to grow. We are grateful for Dr. Boyer’s personal commitment and efforts leading the foundation, which culminated with the highest annual grant total in his final year at the helm.”

Cherry joined Maximus in Sept. 2020 and has evolved the company’s DE&I strategy through initiatives that include conducting employee listening sessions, developing company-wide unconscious bias training and assessment for managers, and launching employee resource groups. She has a bachelor’s degree from Hampton University and earned a master’s and Ph.D. from American University, in Washington, D.C.

“As we further expand the reach of the Maximus Foundation, we’ll remain focused on establishing deeper engagement with our grantees and their work,” Cherry said in a statement.  “These organizations have impacted the lives of thousands of families nationwide and we want to give them as much support as possible to deliver even more results in local communities where our employees live and work.” 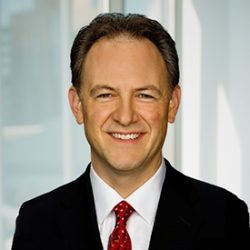