Monogram Snacks Martinsville is looking at its participation in the Business IQ program as a plus for the company and its employees. The program is expected to help the company workers without high-school diplomas work toward earning high-school equivalency certificates.

“This will assist them in reaching their goals,” says Ron Charpia, the company’s training and development manager.

The Martinsville-Henry County Chamber of Commerce had sponsored the program in 2005 and 2007. This year the West Piedmont Workforce Investment Board is partnering with the chamber, the Danville Pittsylvania County Chamber of Commerce, Patrick County Public Schools and the West Piedmont Regional Adult and Career Educational Program to restart the program.

“The Martinsville-Henry Chamber has done this program with success. Businesses have found it to be of value,” says Lisa Fultz, executive director of the workforce investment board. “This is an attempt to broaden that success over the entire region.”

The board is putting $60,000 of carry-over funding from the previous year’s budget into the program. “We will be able to provide tests and workbooks for 60 people and give $200 incentive [to each after they obtain their GED],” Fultz says, noting that 21 percent of the people in the region who are 18 or older do not have high school diplomas or GEDs.

So far, Monogram Snacks is the only company participating in the program, which kicked off in August. “We have had interest from other companies, and we are hoping to have several more sign on,” Fultz says.

Monogram Snacks has been in Martinsville since 2009 when its parent company, Monogram Food Solutions, purchased Knauss Foods. The Martinsville plant produces meat snacks.

Monogram Snacks announced this June that it plans to invest $7.2 million to construct a warehousing and distribution facility. The expansion will create 101 jobs.

The project marks the second time in six months that Monogram has expanded its Martinsville operations. In December, the company said it was planning a $36.5 million expansion that would add 200 jobs. The new jobs created after the expansions are complete will raise the company’s employee count from 635 to 936.

The company says that Business IQ enables it to broaden its scope in recruiting employees by reaching out to workers without high school diplomas or GEDs.

“Looking at the bigger vision, we want to make an impact in our community. As we grow and expand we want to bring people along with us and take them to the next level so they have the education and foundation to go on to the next level and get an associate’s degree,” says Sean Nix, director of talent at the plant. “It also gives people a benchmark for their family so they can impact the next generation.” 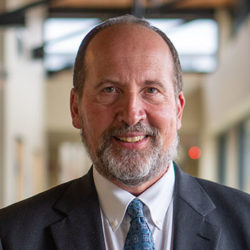 Don Aungst was most recently CFO at Susquehanna University.