Costello is returning to Deutsch LA as its CCO, and Robinson previously served as Martin’s chief client officer, his position since 2018. His background is in copywriting, and he founded Vigilante, a New York-based agency that orchestrated the giveaway of 276 Pontiac G6 cars on “The Oprah Winfrey Show,” which produced the familiar phrase, “You get a car!”

He also was part of award-winning advertising campaigns for Johnnie Walker Black Label, Major League Baseball, Snapple and Heineken, and Robinson was hired by Martin in 2004, where he oversaw the agency’s winning bid for Walmart. He also has worked on Chevrolet, Hanes, Tic Tac and Oreo campaigns. At the start of his career, Robinson began as a brand manager for General Foods.

“I’m a huge fan of Danny,” Costello said in a statement. “Not only is he creatively ambidextrous, which is extremely valuable, but he’s also just a really good human who knows the importance of focusing on people and culture.”

A graduate of Hampton University and Clark Atlanta University, Robinson spends his off hours as a standup comedian, a painter whose works have been shown in the Virginia Museum of Fine Arts, and board chair of the Feed More food bank in Richmond. 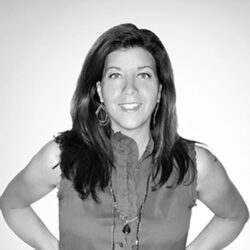 The Martin Agency wins Adweek’s U.S. agency of the year

Also the firm's COO, Molly Whitfield will be the firm's second president.