Mars Wrigley, the line of confectionary brands owned by McLean-based Mars Inc., will not have ads in this year’s Super Bowl LVI, the first year the candy company has missed since 2010.

A spokeswoman confirmed the move, first reported by Ad Age, to Virginia Business in a statement.

“Mars Wrigley will not have an ad in this year’s Super Bowl. Mars Wrigley continues to focus on delivering better moments and more smiles to fans across the country, and the Super Bowl has provided a powerful way to reach our audience for many years. In 2022, we’re excited to unveil how we’ll show up in new, big ways for our fans. M&M’S in particular will have a new, global announcement early this year focused on creating a world where we all belong. ”

M&Ms, Skittles and Snickers, all made by Mars Wrigley, had all appeared in Super Bowl ads since 2010, according to Ad Age.

The Super Bowl generated a record $545 million in advertising spending in 2021, according to Reuters. The estimated cost of an ad averaged $5.6 million. The game will be played on Sunday, Feb. 13, and will be broadcast on NBC. 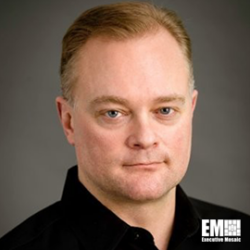