McLean-based Mars Inc. will have a new CEO in September and the news comes at a time when the privately held global candy and pet food manufacturer is experiencing major growth.

Grant F. Reid, who has served as CEO of Mars since 2014, will step down in September, with plans to fully retire by the end of the year. Poul Weihrauch, currently global president of Mars Petcare, the company’s pet food and veterinary health division, will become Mars’ new CEO, the company announced Wednesday.

Weihrauch, who is based in Brussels, will relocate to the company’s global headquarters in McLean, a Mars spokesperson confirmed. According to the company, Mars Petcare employs nearly 100,000 workers in 130 nations. In addition to manufacturing pet food, the Mars Petcare is a veterinary health provider through an international network of more than 2,000 pet hospitals and diagnostic services.

In a statement, Reid said, “It has been a privilege to lead the Mars team and work closely with the Mars Family. We have built on our core strengths and moved into new areas, setting the business up for a brilliant, sustainable future.”

Under Reid’s tenure, the privately held Mars’ revenue has grown by more than 50% to nearly $45 billion, surpassing Fortune 500 companies such as Coca-Cola and Virginia Fortune 500 companies such as Falls Church-based General Dynamics Corp. and Northrop Grumman Corp. During Reid’s time as CEO, the number of Mars employees also more than doubled, from 60,000 to 140,000, the company said in a news release.

A Scotland native, Reid has worked for Mars for more than 30 years and led a number of social initiatives as CEO, and was particularly focused on battling climate change. He’s urged other companies to study their environmental impact, pointing out that Mars’ own evaluation revealed that the manufacturer of candy, pet food and other food products had the same carbon footprint as a nation as large as Panama.

In October 2021, the company pledged to achieve net-zero greenhouse gas emissions across its full value chain by 2050, a pledge in line with the Paris Agreement to reduce global warming.

“The scale of global intervention must be bolder and faster,” Reid said at the time. “Climate change is already impacting the planet and people’s lives.”

Reid told Mars’ board of directors 18 months ago that he intended to retire by the end of 2022. He and Weihrauch have been working on the transition for several months and Reid will stay at Mars through the end of the year. While it’s unclear what his role will be, Mars said Reid would “devote more time to following his passion as a champion for climate action, the sustainability agenda and the broader role for business in society.”

“While he is too modest to admit it, our significant transformation and record growth as a business would not have happened without Grant’s leadership,” Mars Board Chair Frank Mars said in a statement. “He has visibly lived our principles and embedded purpose at the heart of our business strategy. The Mars Family are tremendously grateful for his dedication and service.”

Weihrauch has worked in many parts of Mars’ business since 2000. He was the European brand leader for Snickers, and in 2014 became president of Global Petcare, which has diversified from pet food manufacturing into veterinary health products, including diagnostics tools, data tools, and software platforms.

“I am honored and humbled by this opportunity to serve the organization and our 140,000 Mars associates,” Weihrauch said in a statement. “This is an incredible company, which has consistently demonstrated that doing good is good business. It is that relationship that will ensure we keep delivering sustainable growth and performance.” 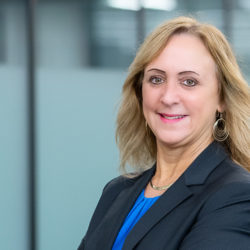 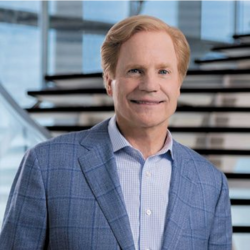