That is when the $25.5 million Center for Manufacturing Advancement opens on the campus of the Institute for Advanced Learning and Research (IALR). The new 51,000-square-foot facility is expected to help the area attract up to 20 new businesses over 10 years while creating 3,600 to 4,200 jobs.

The manufacturing center is “not a business incubator,” says Gignac, IALR’s executive director. “This is purely for existing businesses to lure them to our region and start the process quickly.”

The center is designed to reduce the time it takes companies to become fully operational in a new manufacturing site. Startup time generally runs 12 to 24 months. Three of the five bays in the new building will be used as rapid-launch spaces.

“They will enable new businesses to begin limited operations offsite while they wait for their factory to be constructed and equipped to support full operations,” says Gignac. “Someone could come in with machinery and get up and running almost immediately.”

Local officials already have seen the benefits that a Japanese company, Kyocera SGS Tech Hub, found in using IALR’s building for a rapid-launch site. “In our main facility we had a high bay, and they began building their cutting tools in that space,” Gignac says of Kyocera. “Last September, they opened their new facility across the street from us.”

Following Kyocera’s example, three British companies that are coming to Danville are using the IALR building now to jumpstart operations. “We have four examples of what we will be doing in the new building,” Gignac says.

Two of the spaces in the new building will be dedicated to a process called manufacturing optimization. “Companies could rent the space to set up a piece of an assembly line to work out any kinks before they put the process on their existing line,” Gignac says.

“This is a new concept. I don’t think there is anything like it in the country for advanced manufacturing.”

The manufacturing center also will include an inspection lab and a training and demonstration facility. “It will be a platform to learn about new and emerging technology around manufacturing,” says Troy Simpson, IALR’s director of advanced manufacturing. “It’s being looked at as a technology-transfer facility where companies can transfer technology into their processes without disrupting operations.” 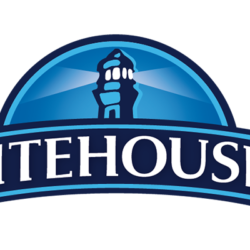