The focal point of a New York Times exposé last year, Bon Secours’ Richmond Community Hospital was one of four hospitals in Virginia to receive top marks from patients in an annual nationwide survey.

The Virginia results of the latest survey, which was conducted in 2021, are shown below. Overall, Virginia patient satisfaction was 70%, two percentage points below the national average.

In September 2022, the Times reported that Cincinnati-based Bon Secours Mercy Health was making as much as $100 million a year from Richmond Community, largely due to the federal 340B program, which allows hospitals in poor areas to purchase medications for a large discount, while charging insurers full price and keeping the profits. Unlike the nonprofit health system’s suburban hospitals, the Times reported, Richmond Community lacked an intensive care unit, a maternity ward and a reliably working magnetic resonance imaging (MRI) machine. In December 2022, the Richmond Times-Dispatch reported that $27.5 million was sent from Richmond Community to Bon Secours’ Ohio headquarters in 2019.

The patient satisfaction scores come from the annual Hospital Consumer Assessment of Healthcare Providers and Systems conducted by the Centers for Medicare and Medicaid Services (CMS). Results are provided by Virginia Health Information, a Richmond-based nonprofit offering an array of data on hospitals, nursing facilities, physicians and health insurers in the commonwealth. In addition to the patient satisfaction survey, VHI annually provides Virginia Business with service line reports showing patient discharge volume by region for a wide variety of hospital procedures.

The national satisfaction survey asks patients two questions: How do they rate hospitals overall? And would they recommend the hospital to friends and family? The highest ratings in answer to the first question are 9 or 10 on a 10-point scale. The highest recommendation in response to the second question is: “Yes, definitely.”

In the 2021 survey, data was unavailable from seven hospitals, including Children’s Hospital of The King’s Daughters and Virginia Commonwealth University Medical Center.

The service line reports in the charts below show consumers which hospitals are the market leaders in their regions in terms of patient discharges for a variety of procedures. VHI suggests that patients seek additional information about their options and needs from health care providers. Not all hospitals provide the same types of care.

VHI also publishes regional and statewide costs for dozens of services to help consumers compare expected costs. These and other details about Virginia hospitals and other health providers are available at vhi.org. 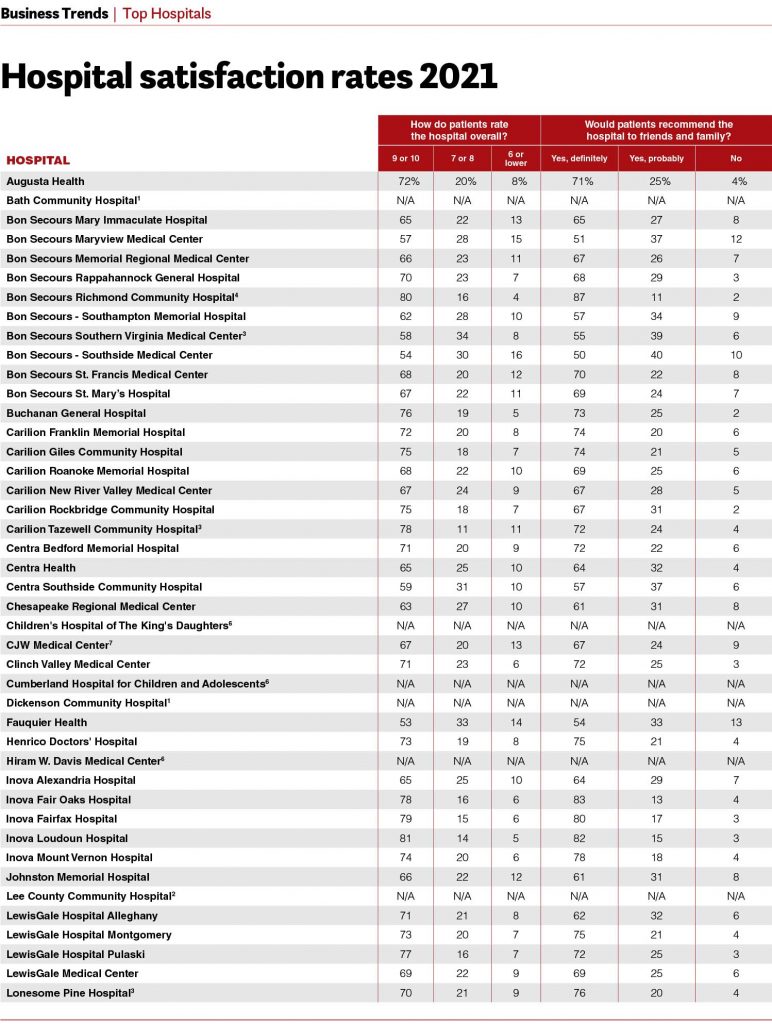 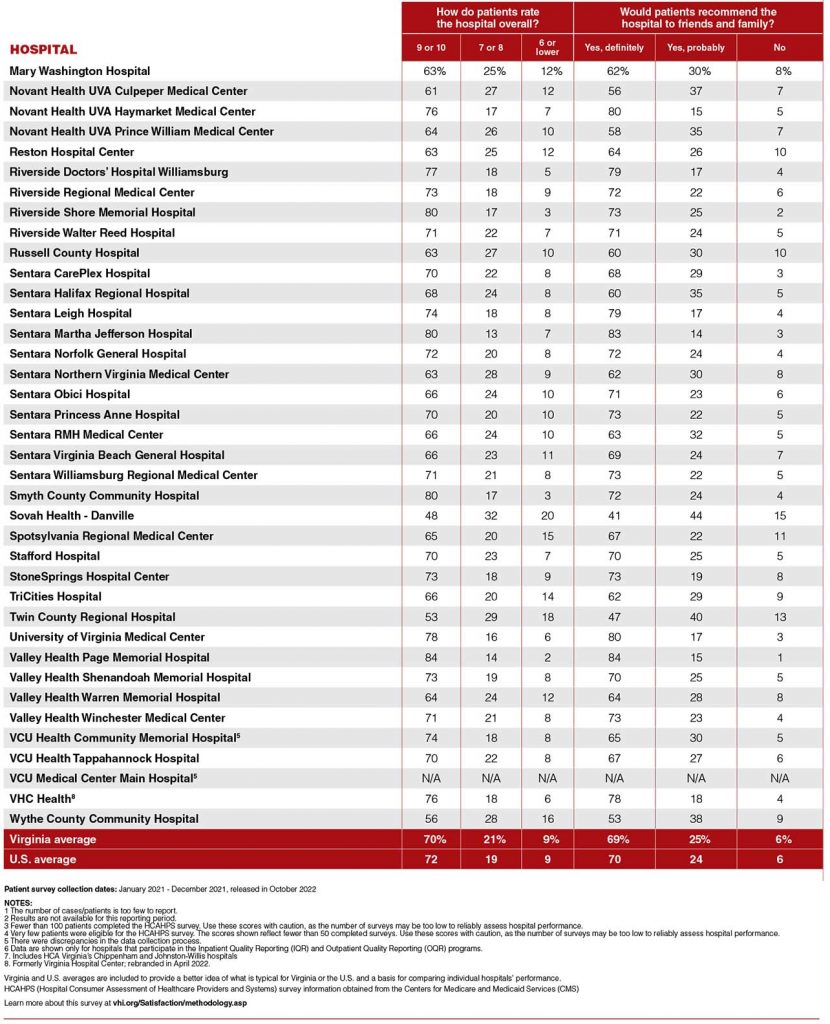 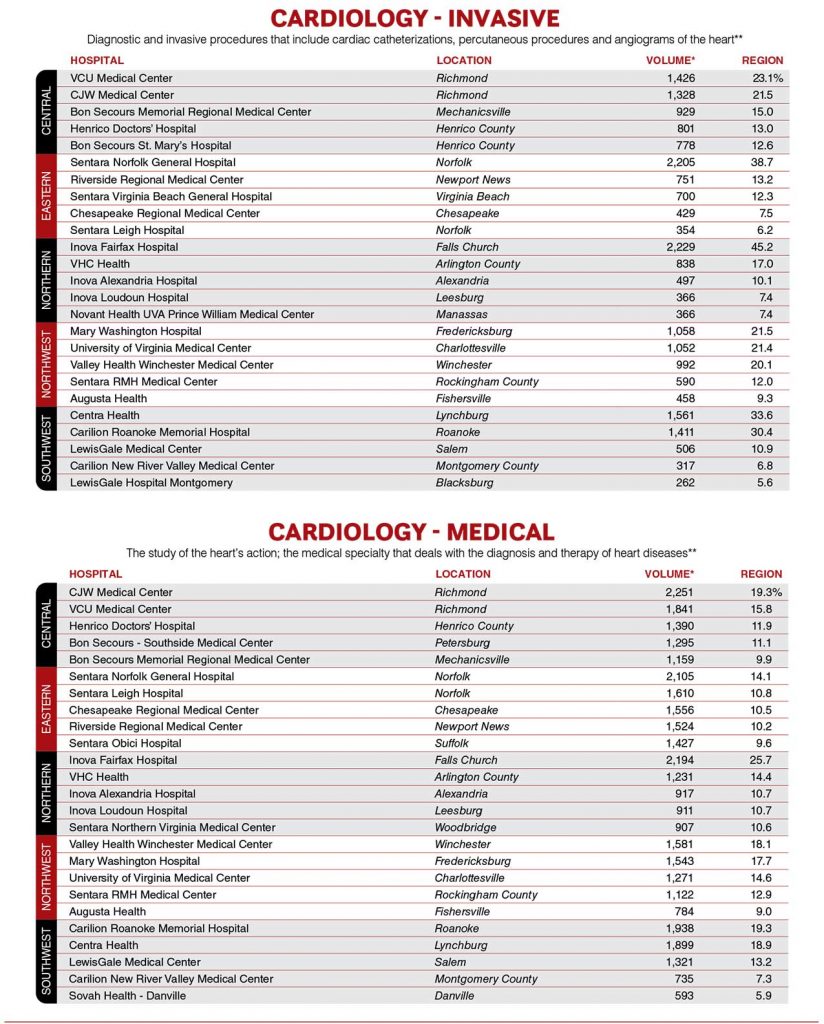 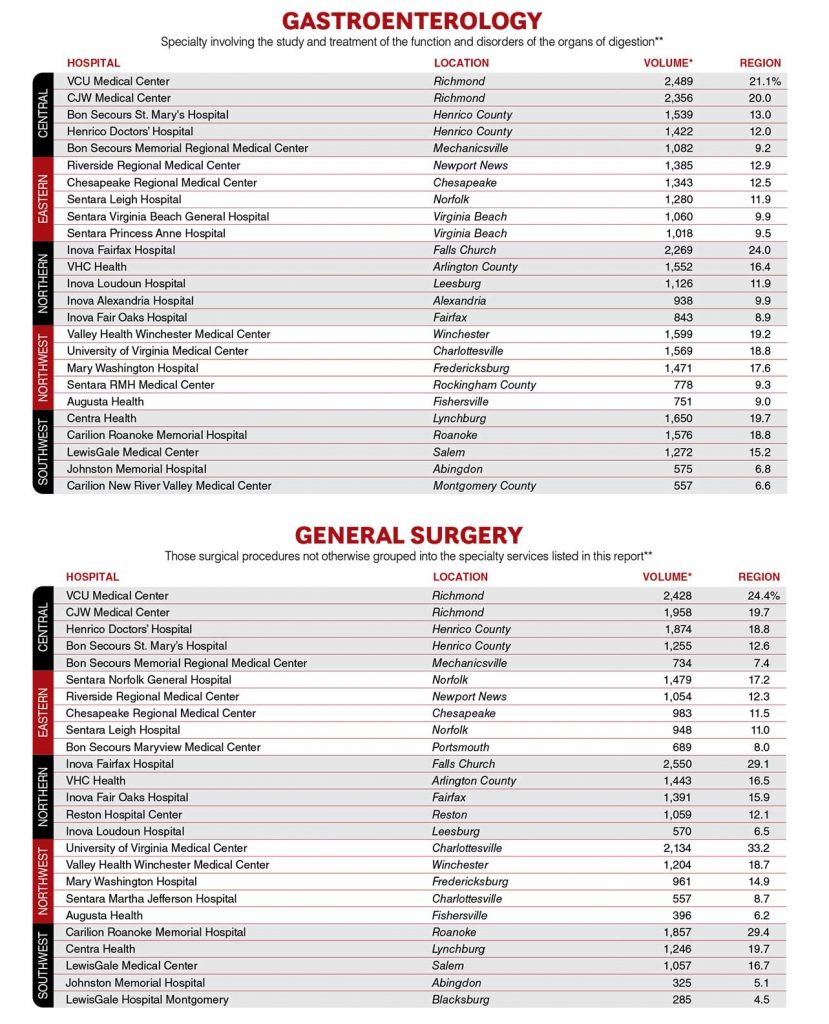 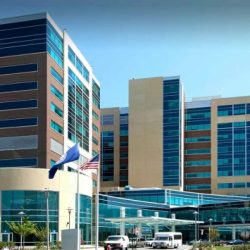 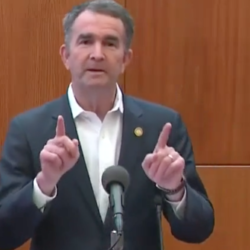 Northam extends ban on elective surgeries until May 1 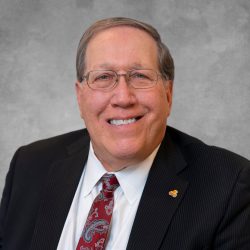