Most people think of an investment as a stock, a bond or a piece of real estate.

A string of speakers at a recent Richmond workforce conference, however, spoke passionately about public education as a business investment.

That might seem to be an odd concept to many people. Don’t we already support schools with state and local taxes? Yes, we do, but it turns out the state’s share of funding is covering less of the bill.

A report released in September by the state Joint Legislative Audit and Review Commission (JLARC) found that the commonwealth spent 7 percent less per student last year than it did in 2005. Cities and counties are trying to make up the difference, paying the highest share of total K-12 spending in the Southeast. Nonetheless, 5,000 teaching positions have been eliminated statewide over the years.

But this still sounds like a state government issue. Why does the business community need to get involved? Because, the speakers said,  K-12 — actually pre-K-12 — education is the first step in preparing a skilled workforce.

Some years ago, Virginia had many industries that hired workers without high school diplomas. Those days are gone.  Many jobs that will be created in coming decades will not require a college education, but they likely will require education and training beyond high school.

Already, the term “skills gap” has become commonplace. It refers to the situation in which employers have jobs to offer but can’t find qualified candidates to fill them. Mike Petters, the president and CEO of Newport News-based Huntington Ingalls Inc., has faced the skills gap, and he believes he has found the root of the problem — early childhood education.

HII is the parent company of Newport News Shipbuilding, Virginia’s largest industrial employer with more than 21,000 workers. Many of those high-skilled workers are at or near retirement age. Newport News Shipbuilding builds all of the Navy’s nuclear-powered aircraft carriers and shares responsibility for producing its nuclear-powered submarines. The work is complicated and labor-intensive.

To maintain a pipeline of skilled workers, HII probably has the most extensive private workforce development program in the state. It includes apprentice schools in Newport News and Mississippi, extensive collaboration with community colleges and summer internships for college students and STEM (science, technology, engineering and mathematics) educators.

That kind of effort, however, may not be able to overcome the education deficit that a child already has in entering kindergarten without early childhood education. In his speech at the Virginia Workforce Conference sponsored by the Virginia Chamber of Commerce, Petters noted that the U.S. already trails most industrialized nations in the percentage of students receiving early childhood instruction.

Family income has become a determining factor in which children receive pre-kindergarten education, he said, creating “a rift between the haves and the have-nots before formal public education even begins.”

“We see the consequences down the line, and that’s a shrinking pool of applicants years before most workforce development efforts begin,” he said.

The ability of HII and other defense contractors to maintain a skilled workforce, Petters said, is not just a business problem. It also is a national security issue.

“For us to keep our economy strong and remain competitive on this global stage, we must invest in education from the very beginning,” he said.

So how does business attack the public school problem? The answer is “engagement,” according to James Dyke, who also spoke at the workforce conference. Dyke, a former Virginia secretary of education, now is a senior consultant with McGuireWoods Consulting.

Engagement doesn’t necessarily involve throwing money at the issue. Instead, Dyke invites business leaders to become involved in education at the legislative and local-school levels.

Drawing on a December report by a chamber subcommittee he chaired, Dyke suggested:

Gov. Terry McAuliffe has pledged to make K-12 education his top priority in the proposed two-year state budget he will present in December. While disclosing few details on his plans, the governor indicated his intent to reduce SOL testing, decrease class sizes and pump more money into early childhood education.

That does not mean, of course, that the governor will have his wishes granted. McAuliffe and the Republican-controlled legislature have frequently been at odds over budget issues during the past two years.

Dyke, however, believes that business community support for education improvements can turn the tide in a fractious General Assembly.

He noted that his Richmond audience included both Democrats and Republicans. “We need to set those things aside … This is a business issue, but it also has to be a bipartisan issue.” 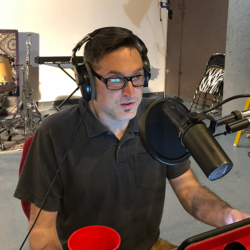