On a trip to the Outer Banks, Carlyle Bland and Christina Bauhof were lamenting their inability to afford a home in Washington, D.C., when they stopped for lunch in Hampton. Two decades later, the married couple is still there. They own not only a home in Hampton but also three downtown restaurants.

“We saw this beautiful waterfront with affordable housing and realized this is a great place,” Bland recalls. “It’s a really walkable downtown, easy to live in, and everybody knows everybody.”

Bland, the president of the Downtown Hampton Development Partnership’s board of directors, is one of the city’s most enthusiastic boosters. He organizes the annual Blackbeard Pirate Festival, as well as quirky events such as the Freaky Kon-Tiki build-your-own-raft race and the Rolling of the Bulls, in which horn-adorned women on roller skates chase runners through downtown streets in a takeoff of Spain’s famous Running of the Bulls.

“We don’t take ourselves too seriously,” Bland says. 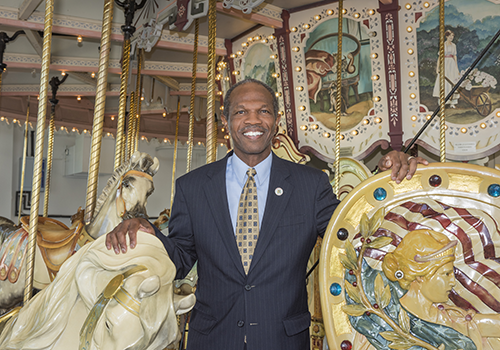 The 408-year-old city, however, takes redevelopment efforts seriously. Several neighborhoods are in the midst of revitalization, while makeovers are on tap for others. “This is an old city,” notes Hampton Mayor Donnie Tuck. “It’s 98 percent built out. You really have to have redevelopment.”

Overhauling Hampton’s neighborhoods is not a new venture. Master plans conceived in the early 2000s were put on the back burner when the recession hit 10 years ago. With the economy recovering, redevelopment is back on track as Hampton tries to attract more visitors, millennials and higher-income residents. “We’re trying to regain that momentum,” Tuck says.

As the region’s oldest city and the nation’s oldest continuous English-speaking city, Hampton has a long, storied history. Under the leadership of Capt. Christopher Newport, colonists founded the present-day Hampton in 1610. Nine years later, the first Africans arrived in British North America at Old Point Comfort, a site that became Fort Monroe in the 19th century. Hampton University was established after the Civil War to provide education for former slaves and local Native Americans. In the 20th century, astronauts trained for space missions at NASA’s Langley Research Center.

“History is all over our city,” Tuck says. “It’s a quaint town with a lot of assets. When you think about this area and our nation, Hampton is central.” 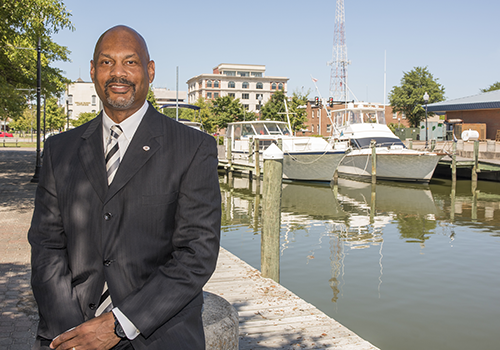 That history sets Hampton apart from other cities, adds Steven Lynch, the city’s interim economic development director. “Not many places can sustain themselves this long and prosper and grow.”

Lynch credits Hampton’s endurance to a strong, engaged community, as well as current and previous city councils that have pushed for renewal projects that retain the city’s legacy.

Downtown project
One of those projects is being touted as a transformative downtown development. In June, City Council unanimously approved selling nine parcels to WVS Cos. and Saunders + Crouse Architects.

The developers are planning a $35 million project, which will include more than 700 new residences plus retail and commercial space. The first phase — including shops, offices, apartments, town houses and a centerpiece waterfront restaurant — could get underway early next year.

“This is something the city has had on the slate for a long time,” Lynch notes. “It’s about finding and partnering with the right people, and we have two good partners in WVS Cos. and Saunders + Crouse.”

In addition, the General Assembly has approved funding for a new downtown facility for Virginia Tech’s Virginia Seafood Agricultural Research and Extension Center. The waterfront center provides educational scientific and technical support to the U.S. commercial seafood and aquaculture industries. “That’s a heavy hitter,” Bland says. “It’s going to be at the forefront of studies going into microplastics and climate change.”

Bland, who spent his high school years in Hampton, is optimistic about the redevelopment. About 2,000 people now live downtown, with 4,500 new residents projected in the future. “We have to get that core density,” Bland says. “This is a really exciting time. The onus is upon us to get the word out.”

Makeovers in other Hampton neighborhoods complement downtown’s redevelopment. Buckroe Beach, one of the oldest recreational areas in the U.S., is getting new housing, a hotel and commercial space and an entertainment venue. 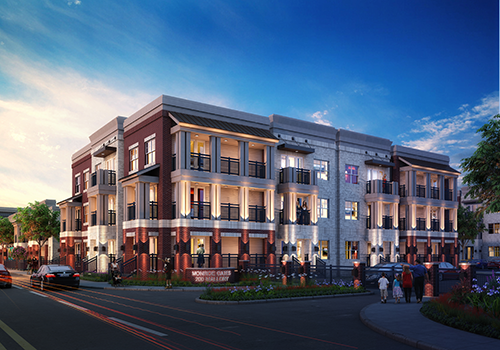 Meanwhile the Whitmore Co. is developing the 162-unit Monroe Gates Apartments in Phoebus, a Hampton neighborhood battered by the Great Recession and the 2011 decommissioning of nearby Fort Monroe as a military installation. Monroe Gates will be built on a 5-acre site that previously housed a manufacturing facility, with completion targeted for spring 2020.

New and expanded restaurants and a hard cidery also are drawing people to Phoebus. Helping that effort are Nzinga Teule-Hekima, Lakesha Brown-Renfro and Tanecia Willis, whose Mango Mango Preserves gained national attention when they appeared on ABC’s “Shark Tank.” Five years later, their Phoebus businesses include a restaurant, Mango Mangeaux; a boutique hotel, Simply Panache Place; and Simply Panache Nail Bar & Pedi Spa. “Phoebus has been on fire,” Lynch says. “With Monroe Gates, we’re going to give them additional people to serve through those businesses.”

Next door in Fort Monroe, a nearly $8 million visitor and education center is planned for the former military installation as Hampton prepares to commemorate in 2019 the 400th anniversary of the arrival of the first Africans. About 90 percent of the historic residences at the fort are occupied, and numerous businesses have set up shop there. “It’s still in the process of becoming the asset to the community that we believe it will be,” Lynch says.

Peninsula Town Center
Meanwhile, the 9-year-old Peninsula Town Center is adapting to an era in which consumers increasingly shop online. “Town Center has met and exceeded expectations,” Lynch says. “It continues to evolve to be the best retail hub the community is looking for and has done a good job reacting to changes in the retail world with a changing mix of stores.”

Also, a three-story Element Hotel is scheduled to open this fall at Town Center. The first of its kind in Virginia, the 120-room hotel will include meeting areas, a rooftop terrace and extended-stay rooms. The state is investing more than $17 million through its Tourism Development Financing Program to help the project.

Nearby, the Hyatt Place Hotel also is expected to open this fall. City officials say the hotels will strengthen efforts to boost tourism and attract more business to the Hampton Roads Convention Center. “We need additional business-class properties,” says Mary Fugere, director of the Hampton Convention and Visitor Bureau. “As we go after associations and meetings, it just gives us an added tool in our tool belt.”

Fugere’s wish list includes another hotel to complement the Embassy Suites hotel adjacent to the convention center. “In order for the convention center to be everything the city intended it to be, a second full-service hotel would help us deliver,” she adds. “The better equipped we are, the more competitive Hampton will be.”

Academies of Hampton
As Hampton neighborhoods undergo redevelopment, its public schools also are being transformed. Under the Academies of Hampton program begun last year at the city’s four high schools, students can choose from 44 career pathways. They also will continue to take core courses, including English and math, with teachers in those classes partnering with pathway instructors.

The academies already are successful, school officials say. “We’ve seen an increase in student achievement, increased attendance and fewer suspensions,” notes Donna Woods, executive director of school leadership for Hampton Public Schools. “It’s been an overwhelmingly positive reaction. The students are excited about the changes, and we’re helping to grow Hampton’s workforce and encourage its competitive economic base.”

“Our boundaries limit growth,” he adds. “Having development area is precious here. When we do it, we want to do it right because it’s a once in a lifetime opportunity.”