Brockett has served as MainStreet Bancshares’ president since January 2017. He will remain a member of the board of directors.

“We are pleased that Chris will continue to exercise strategic oversight and guidance as a member of the board of directors while also taking more time to enjoy his family,” said Jeff W. Dick, chairman and CEO of MainStreet Bank and MainStreet Bancshares, in a statement. “As an accomplished career banker, Chris has insights and experience that will continue to help light our path.”

Brockett previously served for three years as president of MainStreet Bank. He stepped down as president  in July 2020, and Abdul Hersiburane succeeded him. Before joining MainStreet Bank, he held senior executive positions at EagleBank, Virginia Heritage Bank, of which he was a co-founder, and First Commercial Bank.

Along with growing the company’s investor base, Brockett helped establish the bank’s community development subsidiary, MainStreet Community, which began operating this year.

“We have grown more than threefold during my tenure with the bank,” he said, “and I could not be prouder of our outstanding team. As I step back from a managerial role, I look forward to remaining involved in as many ways as my role as a director and investor permits.” 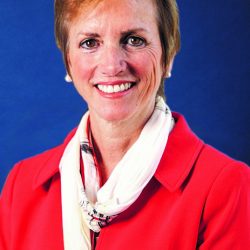