Founded by two brothers 120 years ago, Mack Trucks Inc. is an iconic American brand and image — snub-nosed trucks adorned with bulldogs because of a nickname earned in World War I. And since Sept. 1, all of Mack’s medium duty trucks are being built in Roanoke County’s Valley TechPark.

The company, part of Sweden’s Volvo Group, stopped building medium duty trucks in 2002, says Antonio Servidoni, vice president of Mack Trucks’ medium duty operations. The upgrades required to meet emissions regulations, he says, “would have been cost-prohibitive, considering the relatively low volume of the medium duty market at that time.”

But customers wanted a full line of the trucks, Servidoni says, so Mack is back in the medium duty business.

Jill Loope, Roanoke County’s director of economic development, calls this “a transformative project, not just for the county, but for the region. … The growth potential is tremendous.”

The Roanoke Regional Partnership predicts the factory will have an annual economic impact of more than $364 million, and Servidoni expects to have hired 250 people by February. By late August, the plant employed about 130 workers.

Servidoni says the company chose Roanoke County because of its proximity to suppliers, Mack’s Greensboro, North Carolina, headquarters and Interstate 81, “which allows us to leverage the logistics flows.” The new plant is also a short drive from Dublin, home to the largest Volvo truck plant in North America.

The building, a former printing plant, required few alterations and is easily expandable, he adds. Mack plans to invest $13 million in the project, and the state awarded the company $700,000 from its Commonwealth’s Opportunity Fund (matched by Roanoke County), as well as $150,000 for worker training.

That training is intensive, Servidoni says. Some of his employees have truck-building experience, he says, but most
do not.

While the Volvo plant in Dublin has cyclical layoffs as the long-haul truck market rises and falls, Mack’s medium duty plant is unlikely to follow the same rhythm. That market, Servidoni says, “has historically been more consistent.” 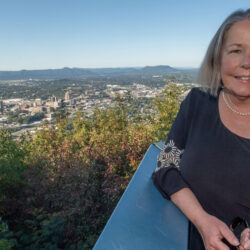 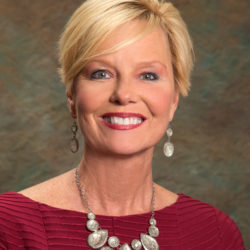