Just over a year after becoming CEO of VCU Health System and senior vice president for health sciences at Virginia Commonwealth University, Dr. Arthur Kellermann says the institution’s commitment to providing high-quality medical care while also addressing issues of health equity was a big part of what drew him to take the job.

“Most medical centers over time have moved more towards just highly paying patients,” he says. “The fact that we had a place here that was both highly innovative as an academic health center and deeply committed to the safety net mission … was irresistible.”

VCU’s downtown Richmond medical campus, which dates to 1838, is in the midst of a building boom that will give some of its most notable treatment centers larger, more modern facilities that are better aligned with the way 21st-century health care is delivered.

While these projects are intended to smooth some of the rough edges of seeking health care in a tight urban setting — like the endless search for parking — these are not the only measures VCU Health and VCU’s health sciences schools are taking to reimagine the way they deliver health services and train future health care workers.

Through greater cooperation with other academic departments at the university and within the wider community, Kellermann wants to see VCU build a reputation as a medical system that works as hard to keep people from all backgrounds healthy as it does to treat them once they are admitted for care.

“Our focus going forward is to improve our efficiency and throughput in the facility, but at the same time, if we can do a better job of helping people stay healthy and out of the hospital, then that opens up capacity that we can use to care for more people,” he says.

Opening in December at the corner of North 10th and East Leigh streets in downtown Richmond, VCU Health’s $384 million Adult Outpatient Pavilion combines 615,000 square feet of clinical space with more than 1,000 parking spaces in a garage that will allow patients to valet park and enter a building where they can access many different medical specialists.

Kellermann says the new outpatient building will help VCU Health adopt a model of care akin to what has made the Mayo Clinic such a destination for patients seeking advanced care — that of making a wide array of specialists available in one central location.

“Historically, academic medical centers have tended to be doctor-focused,” he says. “The model we are building is bringing the expertise to the patient.”

VCU Massey Cancer Center Director Dr. Robert Winn says the Adult Outpatient Pavilion will also drive new collaboration among doctors. “I really think we’ll be having more conversations about how to solve the big problem of reducing disparities for everyone,” he says.

The outpatient facility — which will increase the amount of outpatient care space on the downtown campus by seven times — is one of several VCU Health projects that will add a total of more than 1 million square feet of new clinical space in downtown Richmond.

Two blocks down 10th Street from the Adult Outpatient Pavilion, construction is underway on the 16-story Wonder Tower at Children’s Hospital of Richmond at VCU. This 72-bed, 500,000-square-foot facility, expected to open in spring 2023, completes an entire city block dedicated to serving children and their families, Kellermann says. It will increase the amount of pediatric care space within the health system’s downtown campus by 10 times.

The tower will bring inpatient, emergency, trauma and outpatient services for children under one roof, with a bridge connecting to the VCU Medical Center Gateway Building.

Kellermann expects the Wonder Tower to boost VCU’s profile as a destination for advanced care for children.

“I think it will be a magnet, not just for kids across Virginia, but for kids with complex and life-threatening problems across the country, and probably, in time, internationally, who will be coming to Richmond,” he says. “These are not short stays — this will help the local economy.”

Leaders at some of VCU’s other health sciences schools see the new facilities as valuable additions to the clinical education opportunities they can offer their students.

“Pediatric care, both inpatient and outpatient, is one of the hardest clinical areas to get direct experience with,” says Jean Giddens, dean of the VCU School of Nursing. “Our students are going to have much more robust pediatric experiences because that facility is right there for us. You can’t get those experiences in a lot of other nursing schools, because they don’t have access to that kind of clinical education so easily.”

VCU Health is also part of a $325 million mixed-used development on the former site of the Public Safety Building at 510 N. 10th St. Developer Capital City Partners purchased the building from the city of Richmond in July for $3.5 million. VCU Health System will have 150,000 square feet of office space in the development, which will also include a 35,000-square-foot child-care center to be operated by VCU Health. The project will also feature a 145-room extended-stay hotel operated by Richmond-based hospital hospitality house The Doorways for families of hospital patients, as well as a new 60-room Ronald McDonald House for families of children receiving care at Children’s Hospital of Richmond at VCU. Construction is expected to begin in spring 2022 and be complete in early 2025.

“When companies are looking to expand or relocate, they want to ensure that there are great universities and great health care for themselves and their team members,” she says. “Additional facilities being built at VCU will definitely add to the cachet of Richmond as companies look at this market.”

As it builds new facilities to care for the sick, VCU is also looking for new ways to help people stay well, Kellermann says. “We need to rewrite the social contract between academic health systems and their communities,” he says.

Increasingly, this means working with partners outside of the traditional halls of medicine. That approach has helped the school and health system in the race for sponsored research funding, which has grown by more than 8% at the university over the past year.

VCU Massey Cancer Center learned in September that it had won Virginia’s first-ever Special Program of Research Excellence (SPORE) grant from the National Cancer Institute. The $3.3 million grant will establish a research center at Massey that will partner with community groups both regionally and nationally to examine why lung cancer disproportionately affects Black Americans.

Winn says a big part of the work will be compiling data that can help researchers get a better picture of the cancer health of all areas of the commonwealth, down to the neighborhood level.

“If you were to look at the nine districts of Richmond, the ideal for us is to be able to provide enough cancer data so that each of the [City] Council [members] could know the cancer health of their district,” he says of his long-term hopes for what will be known as the Translational Research Center in Lung Cancer Disparities based
at VCU.

By collaborating with community groups such as hospitals and health centers, social workers and even churches and other organizations, researchers hope to gain a clearer picture of how environmental and societal disparities may be contributing to cancer rates.

Partnering with Massey on the project are the Medical University of South Carolina Hollings Cancer Center and the City of Hope National Medical Center in California.

While both South Carolina and Virginia have histories tied to tobacco production that may explain some lung cancer prevalence, California has some rural populations with similar cancer rates, but without the ties to tobacco.

“This is where we can start teasing out the causes. Are there other environmental issues that are contributing to the cancer in California that we can learn something from?” Winn says. “Bringing on these partners expands our reach from just impacting Virginia to having potential national implications.”

Kellermann says some of the public health challenges highlighted by the COVID-19 pandemic demonstrate how VCU’s health sciences schools can benefit from collaboration with other academic areas of the university.

As an example, he cites the Media+Health Lab at VCU’s Richard T. Robertson School of Media and Culture. Access to accurate health information “is probably one of the greatest public health threats our country and our world face. And no school of public health is really getting after that,” Kellerman says. “We are looking at transforming our public health program into a school where one of the major focuses would be communication and community empowerment.”

In September, VCU launched its Office of Health Equity, the product of a five-year process examining how the university could work more closely with the community to address disparities in health outcomes.

As part of that effort, VCU awarded $100,000 in grants in spring 2021 to seven groups led by faculty from across the university, from the School of Medicine to the Center for Environmental Studies, to work on an identified issue in the community.

“The caveat was that they had to partner with a community organization that was focused on that issue,” says Sheryl Garland, chief of health impact at VCU Health.

“Many of the health outcomes we are seeing are driven by social and economic factors,” Garland says. “We have a lot of faculty and programs that think about those things on a daily basis. … It was a no-brainer we needed different perspectives at the table beyond those of our clinical partners.”

VCU at a glance

One of the largest employers in the Richmond area, VCU employs nearly 23,400 workers, including 2,501 full-time faculty and 2,909 full-time university and academic professionals.

Funding to be used for distance learning, PPE, testing 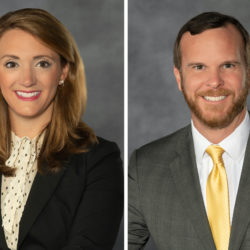