Ader’s influence on the Charlottesville arts community and beyond took a leap in September 2021 with a $50 million gift to the University of Virginia to help build an 1,100-seat performing arts center.

A university official said the gift — made in the name of Ader and her late husband, Richard — was the largest ever donation to U.Va.’s arts programs.

“I believe this new facility will be a wonderful asset to our community and am hopeful my gift will encourage others to come forward as well to make it a reality,” Ader said in the university announcement.

Tessa Ader, born in England, was married to Richard Ader 51 years before his death in September 2019. He was a New York lawyer whose clients included Pulitzer Prize-winning novelist Eudora Welty and artist Joseph Cornell; she was an enamelist and jewelry designer.

Tessa Ader’s arts philanthropy also led to the Richard M. and Tessa G. Ader Endowed Fund for Music Education at the Charlottesville Symphony at the University of Virginia in 2020. An artist-in-residence position there carries her name. The Aders also supported James Madison’s Montpelier. 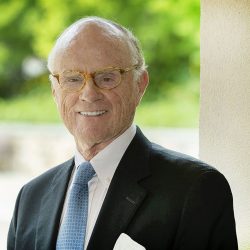