Jet fuel consumption is a hot topic for manufacturers of commercial jet engines. That’s why they are taking note of a new technology that will be used to make lighter-weight jet engine blades at the Hampton operations of Alcoa Power and Propulsion, a business unit of Alcoa. “Fuel is an airline’s largest single operating expense,” says Jack Bodner, company vice president and general manager of global industrial gas turbine airfoils. 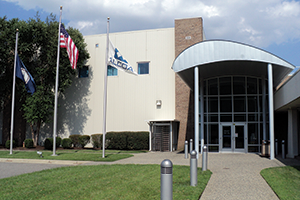 The plant will use advanced manufacturing technologies that include robotics and digital X-ray in the production of jet engine blades. The technology will cut the weight of the blades by 20 percent and significantly improve aerodynamic performance and jet fuel consumption. “We have spent five years in development of the technology,” Bodner says.

Alcoa is investing $25 million to expand its Hampton operations. The company plans to add equipment for a new production line and modify existing machinery to produce the blades. The expansion is underway and is scheduled to be complete by the fourth quarter of 2015. Once production ramps up, the company expects to add at least 75 employees over three years.

The new blades will be used in engines for large commercial aircraft, including narrow- and wide-body airplanes. Bodner expects to see a growing demand for the product. “Boeing and Airbus have a backlog of airplanes to build,” he says. “Plus, there is a demand in developing countries that will grow larger as the middle class grows and wants to travel. They will need new airplanes and engines that improve fuel consumption.”

New York-based Alcoa is a global leader in lightweight metals engineering and manufacturing. The company pioneered the aluminum industry over 125 years ago. It currently has 60,000 employees in 30 countries.

“This is our 40th year of operation in Hampton,” Bodner says, noting the facility opened in 1974. “The company relocated to Hampton from our operation out of Michigan because it wanted more of a presence in the Southeast. We have a good standing relationship with Hampton. It has a great workforce with good skills and it has a great education system.”

Fifty-five percent of the Hampton operations’ revenue is based on foreign sales. Bodner expects to see an even bigger increase in foreign sales once the new production line opens. “There is a global presence of engine manufacturers,” he says. “Many are in the United Kingdom, France and Germany. We do business where those manufacturers are located and that is mainly Europe.”

The company does a great deal of business in Berlin but has little problem with language differences. “English is the accepted language of the aerospace and industrial turbine industries,” Bodner says. “That makes business for us easy to do.”

He finds Germans to be highly educated and data driven in their approach to business. “Europeans that are at a higher level of the organization are more formal,” Bodner says.

There is a technical exchange between the Hampton operations and its European customers. The Hampton facility holds classes for its customers on investment casting (where metal is poured into a mold). “The training is technically oriented,” Bodner says. “We bring in our customers’ design engineers. The class gives them insight to the physical capabilities of what they can design that we can manufacture.”

The company’s customers also offer turbine design classes for Alcoa engineers. “That helps our engineers see what our parts do in the engine,” Bodner says.

While Bodner communicates with customers through email, he prefers to visit them whenever he can. “It’s better when you see somebody’s lips move,” he says, adding that the context of an email can often be misunderstood. “Once people get to know one another, communication is much better.”

Economy of Berlin
Major employers in Berlin include Siemens AG, a global  player in electronics and electrical engineering, as well as state-owned railway Deutsche Bahn. Also on the list are car manufacturer Daimler,  motorcycle manufacturer BMW and Bayer Health Care as well as energy company Vattenfall Europe and Universal Music Germany.  The city’s economy is boosted by film production. It houses more than 1,000 film and television production companies. It also has several research and development organizations such as the Max Planck Society and the Gottfried Wilhelm Leibniz Scientific Community. Berlin is one of the centers for the European Institute of Innovation and Technology.

Economy of Hampton
Hampton is connected to more than 250 ports in more than 100 countries, thanks to its proximity to the Port of Virginia. The city’s major employers include custom manufacturer Craft Machine Works Inc., Langley Air Force Base, NASA Langley Research Center, the National Institute of Aerospace, sensor manufacturer Measurement Specialties Inc. and Science Systems and Applications Inc., which provides science and technology analytics services. The city also is home to the Hampton University Proton Therapy Institute, one of only 12 proton beam cancer centers in the U.S. The 98,000- square-foot facility is the largest freestanding facility of its type in the world. The city’s business parks include Copeland Industrial Park, Langley Research & Development Park, Central Park and Hampton Roads Center North Campus near Langley Air Force Base.