In 1999, newly married and in their early 20s, Laurie Klingel and her husband, Jeff, moved to the Eastern Shore waterfront town of Cape Charles. Just starting out in a landscaping and nursery business, the young couple’s money went a long way in the faded former railroad town with a large stock of Victorian homes waiting to be fixed up.

Houses “were bone cheap and beautiful,” Klingel recalls, but “there wasn’t a lot going on in Cape Charles. It was a ghost town. … I remember my husband and I were like, ‘Who are we going to be friends with? What’s around here?’”

Now, she says, “Life has changed a lot, that’s for sure. Cape Charles has changed immensely.”

During the past decade, Cape Charles has gone from a ghost town to a trendy summer vacation destination featured multiple times on HGTV’s “Beachfront Bargain Hunt.” It’s particularly popular with Richmond-area millennials, who have snapped up and restored many of the town’s stately old homes to serve as beach houses and vacation rentals. And Cape Charles has been discovered by Northern Virginia and Hampton Roads residents as well.

“Anybody who knows it loves it, so you have a lot of people talking about it,” says Will Correll, owner of Richmond-based Buskey Cider. After hearing his customers jokingly referring to Cape Charles as “Church Hill East” (after the historic Richmond neighborhood), Correll checked it out for himself. Almost immediately, he decided to build a second location there. Buskey opened its Cape Charles tasting room in April 2018. It joins the Cape Charles Brewing Co. and the Cape Charles Distillery, which also opened in the beach town during the past two years.

“That’s the trifecta for hipsters: a cidery, a brewery and a distillery. You know something’s up-and-coming when that happens,” says Richmond-area resident  Sherry Petersik. Best-selling authors and podcasters who run the influential blog Young House Love, Petersik and her husband, John, purchased and renovated two 100-plus-year-old homes in Cape Charles after first visiting in 2013. One is their vacation home, and the other, a duplex, is rented to vacationers via Airbnb.

“We took a day trip out here, and we were like: ‘Why isn’t everyone talking about this?’” she says. Cape Charles is home to the Eastern Shore’s only public beach, which is family-friendly, gentle and shallow, not unlike Maui’s Baby Beach. Even though there’s no lifeguard, “you can stand up, and it’s only up to your knees or to your waist,” Petersik says. “A child would really have to try to be in trouble.

At the time the Petersiks first visited, about 60% of Cape Charles homes were highly affordable, vacant fixer-uppers. (One of Petersik’s friends bought a house there on a credit card.) “It’s like a Norman Rockwell painting,” she says of Cape Charles, which is listed in the National Register of Historic Places. “It’s so charming.”

‘Success breeds success’
These days some of the 500-plus Sears Catalog Homes and Victorians in the town’s seven-square-block historic district can fetch more than $700,000.

The official population of Cape Charles is 1,009, but during the summer months it can swell to as much as 5,000 with the arrival of tourists. 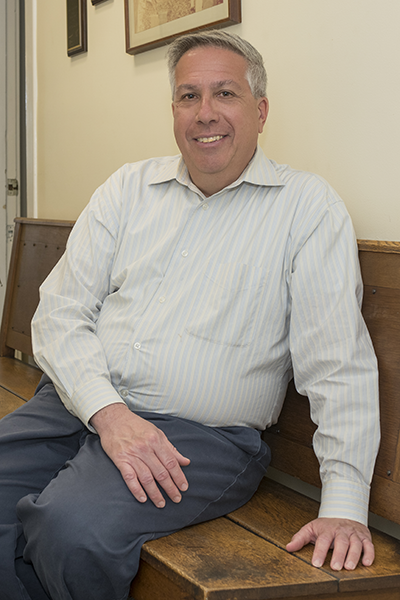 Remarkably, the recent growth of Cape Charles wasn’t the result of a master plan. The turnaround largely was the result of entrepreneurial restaurateurs and retailers who transformed the town one business at a time, says Town Manager Larry DiRe. “Success breeds success,” he says.

In the early 20th century, Cape Charles was a thriving resort and port town, thanks to railroad shipping. But when a ferry moved south in the 1950s and the Chesapeake Bay Bridge-Tunnel was constructed in the 1960s, the cargo and tourism traffic upon which the town depended disappeared. Cape Charles fell into decades of hard times, its economy mostly driven by fishing and crabbing.

By 2012, new small businesses began cropping up, such as The Shanty, a waterfront seafood restaurant/bar, and the Bay Haven Inn bed and breakfast.

Since then, dozens of shops, restaurants and small businesses have popped up in town, from golf-cart rentals (the local conveyance of choice) to Deadrise Pies pizzeria to the Chuckletown Productions gift shop. The store, owned by Laurie Klingel and Charlene Dix, sells Cape Charles-inspired items. 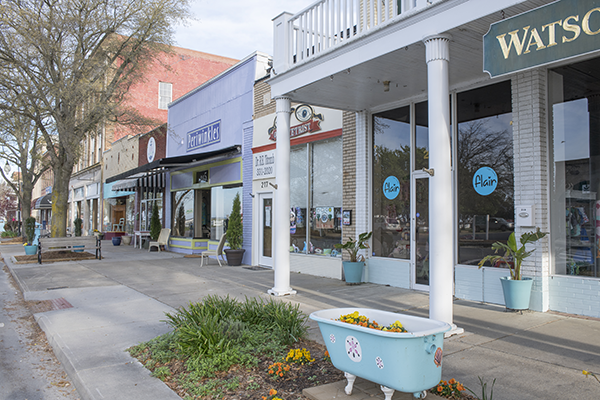 Danny Meyer, president of Richmond-based Dallan Construction, is developing a $2 million mixed-use retail and residential project in the former Parsons Building on Mason Avenue, slated to open next year. 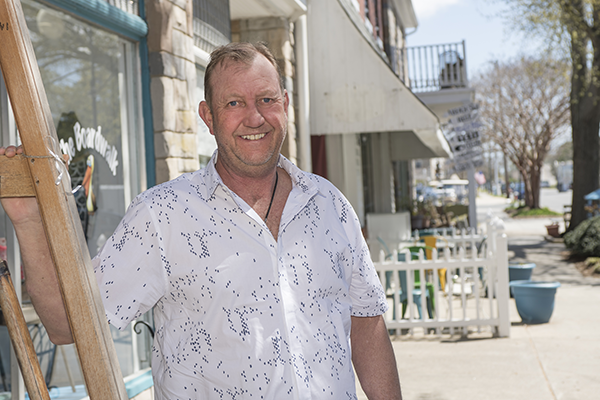 “The majority of people are happy to see the town booming again,” says Mayor William Smith “Smitty” Dize Jr. Nonetheless, he adds, “I think for me, I’d like to see gradual growth,” though he acknowledges that may be difficult to manage with the genie out of the bottle.

There’s increasingly heated competition for workers during the main tourist season but not as much demand for employees in the off-season.

Buskey Cider solved this by hiring teachers who work full time at the cidery during the summer and part time in the winter. Jon Dempster, who owns The Shanty and Deadrise Pies, has to lay off 45 employees every year during January and February when, he quips, “tumbleweeds would be lonely.”

Job training and housing
Dize would like to see a new, year-round employer come into the area, perhaps in manufacturing, to replace jobs lost when Bayshore Concrete closed a plant in the area last year.

Local workers also need jobs training, he says. Toward that end, a local nonprofit has acquired the Cape Charles Rosenwald School, a segregation-era African African elementary school later used as a seafood processing plant. The nonprofit plans to turn the building into a workforce development center, providing skills training for the maritime and hospitality industries, among others, DiRe says.

Affordable housing is also a problem. Dempster and DiRe say gentrification and the booming vacation-home market have pushed many of the locals into surrounding Northampton County.

Regardless of how these problems are solved, the town’s leaders want to make sure that Cape Charles retains its retro, small-town ambience while continuing to attract tourists and businesses.

“We don’t want to overdo it or change the charm that we have,” says town Councilwoman Tammy Holloway, who owns the Bay Haven Inn and is president of Cape Charles Main Street Inc., the town’s business association. “We know we need tourism to thrive. We know it is our economy. That’s the reality.”

Virginia looks to sports, recreation and its growing popularity as a culinary destination to attract tourists