NASA selected Dynetics, along with Blue Origin and SpaceX, in April for the program. The spacecraft, equipped with eight rocket engines, will carry up to four astronauts to the lunar surface.

“We’ve chosen eight because it allows us to simplify the engine design somewhat and also gives us the ability to abort in every case all the way down to when we land on the surface,” Andy Crocker, Dynetics HLS deputy program manager, told CNBC.

Dynetics will use United Launch Alliance’s Vulcan rocket to launch the spacecraft as well as two other modular propellant spacecraft that will eventually link in lunar orbit.

“It can be part of a broader lunar economy, that carries things back and forth from lunar orbit,” Crocker told CNBC.

Dynetics will work with Maxar Technologies, Astrobotic, L3Harris Technologies and Sierra Nevada to develop the spacecraft.

Leidos acquired Dynetics for $1.65 billion in February in an all-cash transaction. 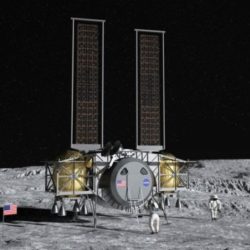 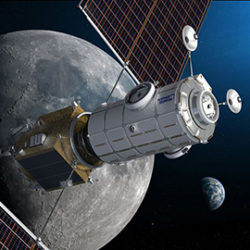