In law firms across Virginia, power is now definitely on the side of individual attorneys, who can command larger salaries and other perks so long as they’re willing to cope with heavier workloads.

As demand for legal services has soared, the number of lawyers available to perform that work has slumped, leaving even the most prestigious firms vying fiercely for talent.

Two years ago, the arrival of the pandemic caused many businesses to contract, close or just hunker down, hoping to weather the viral storm. Many law firms, anticipating a concurrent contraction in the need for their services, took a wait-and-see approach to hiring and allowed attrition to thin their ranks. Some firms, with the pandemic making remote mentoring difficult, suspended summer internships, a traditional source for new hires, while still other firms were impacted by older attorneys opting for early retirement amid the upheaval.

Meanwhile, the ranks of available young lawyers coming out of law schools were diminishing. Kenneth Randall, dean of the Antonin Scalia Law School at George Mason University in Arlington, says that enrollment already had been decreasing for 5 to 10 years, but class sizes declined even further after the pandemic hit.

The nationwide rate of law school applications dropped by 10.7% between 2021 and 2022, according to the Law School Admission Council. In Virginia, the drop was even more precipitous — 12.2%. Reduced hiring by law firms played into that ebb in enrollments, too, Randall says.

But the downturn in demand for legal services was unexpectedly short-lived. “A few years ago, the conversation was about too many law students,” says B. Keith Faulkner, president and dean of the Appalachian School of Law in Grundy. Now, he says, “demand has increased dramatically, and the labor pool has not.”

Thomson Reuters’ 2021 Law Firm Business Leaders Report, which last fall surveyed 55 U.S. law firms, found that firm executives named lawyer recruitment and retention as the highest risks to firm profitability in 2022. Poaching of staff by competitors came in second in a profession in which noncompete agreements are generally unenforceable. This risk list was quite the about-face, because in 2020, talent issues didn’t even crack the top five of law firm concerns.

“It’s just an incredibly tight market,” says Brooks Smith, managing partner at the Richmond office of Troutman Pepper Hamilton Sanders, an Atlanta-based firm with 1,200 lawyers in 23 cities. “The demand for talent is the highest I’ve seen in 26 years.”

Steven D. Brown is a member of the Virginia Bar Association’s board of governors and a partner at the firm of IslerDare, which has 17 lawyers in Richmond and Tysons. The past two years, he says, have been “rather brutal, the busiest I’ve ever had.” As a labor and employment lawyer, Brown says, he’s had to deal with “a flood of workplace safety issues.”

William R. “Bill” Van Buren III, president and chairman of Kaufman & Canoles, a firm with about 90 lawyers distributed among eight Virginia offices, says that abundant capital has resulted in an “unprecedented” boom in mergers and acquisitions, joint ventures, real estate deals and private equity transactions, which has “really increased the demand for legal services in the last couple of years.”

The possibility of tax code changes also has amped up compliance work in the areas of markets and securities, adding to the “explosive” amount of business his firm is seeing. “I’m working harder than I ever worked,” he says. “It’s been a struggle.”

The 2022 Report on the State of the Legal Market, released in January by the Center on Ethics and the Legal Profession at Georgetown University Law Center and the Thomson Reuters Institute, confirms these experiences. During the second and third quarters of 2021, legal services grew by 4%, the strongest quarterly growth rate in a decade, primarily driven by an upswing in the areas of real estate and corporate law.

That same report showed a bidding war for legal talent driven by the rising demand for legal services coupled with the shortfall of available lawyers.

By the end of November 2021, associate compensation for all segments of the market had increased by 11.3% in just 12 months. Several large New York City firms made headlines recently when they raised their first-year associates’ pay by $10,000, with new attorneys at the international firm of Milbank, for example, now starting at a rather breathtaking annual salary of $215,000.

That salary inflation has not spared Virginia.

“The cost of people has gone up enormously,” Van Buren says. “It’s made talent acquisition harder.”

“We have had to make significant moves in salary adjustments for first- and second-year associates,” says Rudene Mercer Haynes, firmwide hiring partner at Richmond-based Hunton Andrews Kurth LLP, an international firm with 900 lawyers. “We have to make sure that our salaries are competitive.”

Reuters notes that in addition to record-setting paychecks, many firms have added monetary bonuses for signings, referrals and returning to in-office work. Some are even paying employees to stay off LinkedIn and discouraging networking that could lead to their lawyers leaving for more profitable pastures. Not surprisingly, the law firm executives cited in the Reuters survey ranked high salaries as No. 3 on their list of risks to profitability.

In our post-pandemic world, however, “money alone doesn’t make it,” Faulkner says. In just about every sector of the economy, the law being no exception, workers want more than a good paycheck. They want more autonomy, more flexibility and a better work-life balance. Call it a mass awakening or an overdue reckoning, but business as usual has become a thing of the past.

“The question people are asking themselves post-COVID is, ‘What do I want to be when I grow up?’” Mercer Haynes says. “A lot of people have reassessed.”

Brown, 59, says that as a young associate, he would regularly work into the night with his only thanks being a free meal to be consumed while he labored at his desk. Yet, he was perversely proud of being overworked. “It was a rite of passage,” he says.

That “grinding of people” doesn’t fly anymore. “Lawyers in their 30s and 40s are asking themselves, ‘Do I really want to be like the boomers?’ The answer is a resounding ‘No,’” Brown says. “And boomers and Generation X-ers are asking themselves whether their own health is more important than the law firm.”

The fallout from this sweeping rethinking of priorities is that “now, we don’t say, ‘You have to do that,’” Brown says. “Now, we say, ‘You know what you have to do.’”

Such an accommodating attitude is a sea change for a profession in which billable hours were once the be-all and end-all.

“We are still beholden to the billable hour, but the [old] model is too traditional these days,” says Dan Summerlin, president and principal of the Roanoke firm Woods Rogers, which has about 80 attorneys. “[Our lawyers] now have the flexibility not to have to chart X number of hours.”

That flexibility extends to allowing all-remote working, hybrid home-office arrangements and adjustable and part-time hours for both new hires and present staff. “You get the job done wherever it needs to be to get done,” says Smith of Troutman Pepper. With many younger lawyers being a part of dual-income households, better family leave policies have become a bargaining chip as well.

Yet, despite all these accommodations, demand for lawyers continues to exceed the supply for Virginia firms.

“Lawyers are finding other things to do,” says Cliff Jarrett, assistant dean of the Washington and Lee University School of Law’s Office of Career Strategy. Some are opting for in-house corporate positions, which are plentiful and generally less demanding than law firm jobs because the attorney serves only one client. Others are taking government positions, going into academia or choosing the less quantifiable payback of working for nonprofits such as legal aid organizations.

Some lawyers may be retiring early, too, although the evidence for the so-called Great Retirement is mixed. While the Federal Reserve reported a 7% rise in general retirements nationally among people ages 65 to 74 between January 2020 and October 2021, the retirement rate among those 55 to 64 remained constant. Further, in a survey of 1,368 senior lawyers conducted by the American Bar Association last year, just 33% of older lawyers said their retirement plans were changed by COVID, and, of those, 53% said the pandemic actually delayed their departure from the workforce.

The increase in lateral moves among younger attorneys, however, has unquestionably put a heavier burden on older attorneys who have tended to stay put at one firm for most of their careers. That kind of longevity and deep community experience is highly valued by clients, with the upshot being more work and more stress being dumped on senior attorneys.

Meanwhile, younger lawyers “tend to put boundaries around their work,” Van Buren says, placing limits on how much they’re willing to take on. Older attorneys didn’t come up that way, he says, and they’re getting worn down trying to keep up.

Kaufman & Canoles has seen an uptick in retirements, but Van Buren blames demographics for that as much as COVID. “We are on the back nine,” he says of the firm’s cadre of 15 to 20 longtime lawyers, “and the clubhouse is sneaking up on us.”

While this back end of the profession seems to have remained relatively stable, on the front end, change is afoot, as reflected by law school enrollment. Although Appalachian has not seen an increase in class sizes, Faulkner says that Liberty University, where he was law school dean until last summer, had “a bumper crop” of law students in 2021. At Washington and Lee, Jarrett says that the latest first-year law class is 15% larger than the last one, and enrollment at George Mason is up 74%.

Randall attributes GMU’s bumper crop of law students to the school’s part-time evening degree program, which began last fall and tripled enrollment. He also cites the school’s high bar exam pass rate and record for job placements, as well as its success in securing judicial clerkships for its graduates. “Students are smart about the value proposition of their education,” he says.

Further, summer internships, always a source of potential hires for their law firms, have largely returned after being downsized or paused by the pandemic.

“We believe in building from the bottom,” says Monica Monday, managing partner at Roanoke-based law firm Gentry Locke Attorneys, which has about 70 attorneys in three Virginia offices. “Even in 2020, we had four summer associates,” she says, and two of them are now attorneys at Gentry Locke.

As the supply of new lawyers begins to ramp up again, the current imbalance between work and workers in the legal profession is unlikely to last more than a couple more years. The pendulum always swings back. In the interim, though, for many lawyers, the catbird seat can be a mighty sweet perch. 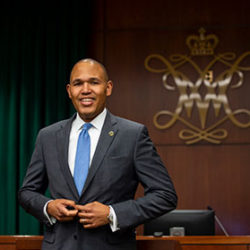 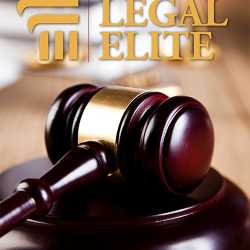 In it to win it

20 attorneys have been Virginia’s Legal Elite every year