Ledbury names new chairman to board of directors

Menswear brand Ledbury has named the former leader of another apparel company chairman of its board of directors.

Jim Twining is the former CEO of Southern Tide, a subsidiary of Oxford Industries, a publicly traded company based in Atlanta. Twining’s appointment is effective immediately.


“During Jim’s six years at the brand, the Southern Tide team built what became the fastest-growing men’s apparel brand, known for its high-touch customer service and operational efficiency,” Paul Trible, Ledbury co-founder and CEO, said in a statement.


Twining joined Southern Tide as CEO in 2008 and left in late 2013, after completing the sale of the company. His past experience also includes serving as president and CEO of Enterprise Computer Systems, a 175-person technology company providing systems and services to the distribution and retail industries.


Ledbury says Twining’s experience will be beneficial as the company continues to expand its e-commerce, brick and mortar and wholesale channels.


Twining joins Ledbury’s five-member board, made up of several Ledbury advisers and investors.


Ledbury is luxury shirtmaker and menswear brand. Its clothing is available online and at more than 100 specialty retailers, as well as Nordstrom, Trunk Club and select Bloomingdale's locations throughout the country. 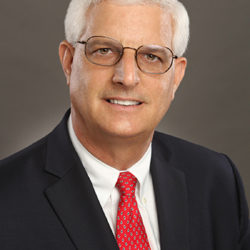 The company received an $806 million Navy contract in October.