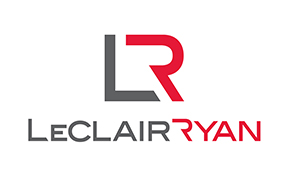 LeClairRyan, once the fifth-largest law firm in Virginia, filed for Chapter 11 bankruptcy protection on Tuesday.

LeClairRyan filed its petition in federal bankruptcy court in Richmond on Tuesday, just five weeks after the 31-year-old firm announced that it would shut down.

In the filing, LeClairRyan estimates it has assets and liabilities ranging from $10 million to $50 million. The firm said it owes money to between 200 and 999 creditors.

According to the bankruptcy petition, LeClairRyan owes $8 million plus interest to ULXP and the firm also owes approximately $6.8 million to ABL, which issued a revolving loan to LeClairRyan of $15 million in December 2017.

Leading a list of LeClairRyan's 20 unsecured creditors is Matrix One River Front Plaza LLC, based in Cranbury, N.J. It is owed $815,406 for lease obligations.

Virginia-based unsecured creditors include: Super-Server LLC in Richmond for $623,106 in trade debt and Poe & Cronk Real Estate Group Inc. in Roanoke for $207,389 in professional services.

Debts to nine of the 20 creditors involve lease obligations. The group includes Miami-based Paramenter Realty Partners, which is owed $414,482. Paramenter owns the SunTrust Center, the home of LeClairRyan’s Richmond offices.

Founded in 1988 in Richmond as a boutique law firm for startup companies, LeClairRyan at its peak employed about 385 attorneys working in 25 offices throughout the country.

Nonetheless, its gross revenue and profitability have declined in recent years, leading to the departure of many attorneys.

LeClairRyan entered the joint venture with UnitedLex in June 2018 to form ULXP in an attempt to improve its financial situation, according to the bankruptcy filing. The law firm remains a partner in the venture.

The departure of LeClairRyan's attorneys, however, accelerated this year, culminating with the July announcement that firm co-founder Gary LeClair was joining Richmond-based Williams Mullen, the state’s third-largest firm.

The bankruptcy petition was filed by Lori D. Thompson, chair of the firm’s dissolution committee.

Thompson was LeClairRyan’s general counsel in 2017 and leader of its Roanoke office. Still based in Roanoke, she joined West Virginia-based law firm Spilman Thomas & Battle after the decision was made to shut down LeClairRyan but agreed to continue as chair of the dissolution committee.