Falls Chruch IT company CSC has named President and CEO Mike Lawrie chairman of the company and added two directors.

Board Chairman Rodney F. Chase, who has been a director since 2001, and Erik Brynjolfsson, who became director of CSC in 2010, have retired from the board.

The company named Mukesh Aghi,  president of the U.S.-India Business Council, and Herman E. Bulls, an executive at commercial real estate firm JLL, to the board.

Aghi served as chairman and CEO of Steria India and was president of IBM India and worked with J.D. Edwards in locations around the world.

Bulls is international director of JLL Global Markets. He co-founded and served as president and CEO of Bulls Capital Partners, a commercial mortgage banking firm. He served in the U.S. Army on active duty for almost 12 years, retiring as a colonel in the Army Reserves. 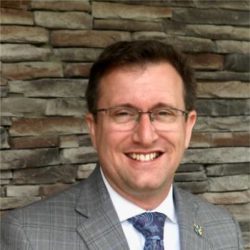