They have played a more prominent role since the Great Recession

The Great Recession of 2008 challenged many industries, but it proved to be an unexpected wakeup call for the legal profession.  Many law partners learned they needed to run their firms more like businesses.

Before the recession, law firms were in an enviable position — for some, demand for their services was so high that there wasn’t much need to think about cutting expenses.

“Law firms are becoming more businesslike. They’re trying to catch up to the rest of the business world in how they manage the firms,” says Mike Griffin, CFO of the Charlottesville-based law firm Tucker Griffin Barnes, which has 10 attorneys. “Prior to the recession, I would say, most [law] firms just managed revenue. You could raise rates, demand was good, and plenty of cash covers up a lot of business sins.”

After the recession hit, however, demand for legal services plummeted. With their profit margins narrowing, businesses were under intense pressure to cut costs. Finding themselves in a stronger negotiating position with law firms, many companies took a much harder line with legal expenses.

As the business of law took on crucial importance, so too did the role of CFOs in managing the finances, operations and profitability of law firms, says Madhav Srinivasan, CFO of Hunton & Williams, a firm founded in Richmond that now has 750 lawyers in 19 offices in the U.S., Europe, Latin America and Asia.

“Before the Great Recession, the service model of a diversified law firm was quite recession-proof,” he says. “However, after 2007, law firms have come under severe pressure from cost-conscious customers, leading to zero growth in demand. In this context, managing the business of law for a law firm is absolutely critical.”

A different skill set
In decades past, the person in control of a law firm’s books often had some training in accounting but more than likely did not have a background in finance. At some small firms, it is still the case, with the business or operations manager being a staff member who came up through the ranks.

During the last decade, however,  midsize and large law firms increasingly have been hiring CFOs as they have come to appreciate the need for financial controls and strategy. 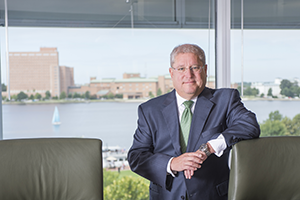 A good CFO “has the whole basket of skills beyond just accounting and doing the taxes,” says Paul Julius, executive director and CFO of the Norfolk-based firm Vandeventer Black, which has more than 50 lawyers. The CFO’s skill set will include being well versed in cash management, financial controls, the regulatory environment, technology and cybersecurity as well as negotiating with banks, vendors and clients.

“I have to make sure that everything is as secure here as when I used to work in a bank and … 15 to 20 years ago the chief accounting officer at a law firm may not have had all those skills,” says Julius, who has worked as a finance executive for Morgan Stanley Investment Management, Credit Suisse and Merrill Lynch.

Possibly the largest focus of the law firm CFO’s job is on profitability, says Griffin, who was a U.S. Army finance officer before joining Tucker Griffin Barnes, where his wife is a senior partner. During his tenure at the firm, he has introduced the concept of financial metrics and data collection as well as employing the use of dashboards so that the senior partners can have numbers at a glance, making business decisions easier.

New measurements
Firms used to measure attorneys by the gross revenue they generated from their clients, but this approach neglected to take expenses into account. So CFOs utilize profit-loss measurement software to track and evaluate how much attorneys are spending on resources, such as staff time. This allows the law firm CFO to analyze the profitability of practice areas, individual attorneys, clients and even client meetings to make recommendations for improving processes and increasing profitability.

“The CFO’s role is becoming more central to the firm, more strategic, more front-end driven in terms of revenue generation and it’s becoming more profits-oriented,” says Srinivasan, an adjunct professor at Columbia Law School who also is a frequent speaker at industry conferences. “We are more engaged now in expense management than we were before. We also are very focused on the use of financial technology to both manage the business better but also to inform our lawyers, giving them the tools so they can be smarter in making good decisions for the firm.”

Another area of increasing importance for CFOs and law firms is alternative fee arrangements — negotiating clients’ fees that are not in the traditional billable-hours mold. This may include fixed rates, flat fees, pricing caps or contingent fees. Large firms such as Hunton & Williams have finance staffers dedicated to drafting funding models aimed at keeping it competitive with the marketplace while also being profitable for the firm.

Unlike many of their predecessors who balanced the books and cut checks, law firm CFOs also are senior corporate officers who are making major leadership decisions about the future of their firms.

Because of this input from CFOs, Griffin says, “You’re starting to see law firms get more serious about developing a strategic business plan, really focusing on where the law firm wants to play as far as geography and core practice areas and client base.”

“Finance has become more central and strategic to the firm achieving its profits,” Srinivasan says. “The profits are no longer guaranteed. You have to work for them, and you have to know where to put your efforts in order to get the maximum profit. And that’s where finance comes in.” 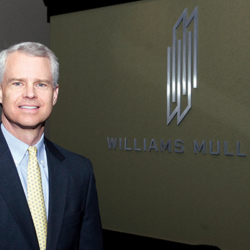