With 30 acres of trees cleared and load after load of dirt scooped away from the berm next to Interstate 81, the park is highly visible to drivers traveling along the highway near Exit 143.

By mid-September, construction was expected to be completed on a 20-acre graded pad, the first phase of the park’s development.

In 2016, the Western Virginia Regional Industrial Facility Authority (WVRIFA) acquired 106 acres on Wood Haven Road in Roanoke County for about $5.3 million to develop the park. Currently, the authority is going through the process of having the Virginia Economic Development Partnership designate the parcel as a Tier 5 site. That’s the highest level in VEDP’s Virginia Business Ready Sites Program’s tier system, which is used to indicate a property’s readiness for industrial development.

Local government and economic development leaders from the cities of Roanoke and Salem, the counties of Roanoke, Botetourt and Franklin and the town of Vinton formed WVRIFA in 2013 to share both expenses and tax revenues from big development projects.

They decided to create the authority after seeing a competitive need for offering prospective businesses shovel-ready sites spanning 100 or more contiguous acres.

“What we determined is that … our competitors all throughout the Southeast had much larger prepared sites,” Hull says, adding that larger projects on that scale “are more impactful from a jobs and investment standpoint.”

Leaders in Botetourt, Franklin and Vinton opted not to participate in the Wood Haven project. Roanoke city and Roanoke County each own 44.2% of the park, while Salem owns an 11.6% share.

Hull feels optimistic that WVRIFA’s investment will pay off. Since the localities began marketing the park in 2020, Hull says, they’ve seen a 300% increase in leads on prospective businesses searching for 50-acre or larger sites.

“There aren’t many sites like this on the Interstate 81 corridor,” Hull says. “I don’t know that there are really any that are available like this with this level of preparedness and this level of visibility.” 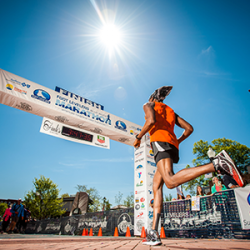