Morookas are sought when the work gets mucky

When crews were dredging the Houston Ship Channel, their trucks would get stuck when they tried to move through the wet muck. “We took six to 10 Morookas in to move the dirt, and not one got stuck,” says Kenneth Byrd, president of Ashland-based Morooka USA.

Basically a large dump truck on rubber tracks, Morooka carriers can traverse most any type of condition. Their beds can be removed so the vehicle can carry attachments for other applications, such as transporting people or crane equipment.

Morookas have been used in gold mining operations in South America. “They were taking huge amounts of soil from river and creek beds and loading it into a Morooka to go to a processing center to sift through for gold,” Byrd says. “It’s a very hilly area. Before, they used donkeys and carts.”

This type of equipment is popular in gas pipeline construction. Pipelines often go through swamps and up and down hills. “When anything gets stuck, it slows down the process,” Byrd says.

The company started in 2005 when it completed a distribution agreement with the Japanese manufacturer Morooka Co. Ltd. It was first awarded distribution for the eastern half of the U.S. Now it has distribution rights for the entire U.S., Canada, Mexico and Central and South America. It landed its first dealer in Mexico in 2011 and had its first sale there in 2012. It followed with sales in Colombia the same year.

“One of the toughest things is cracking the South American market,” says Curt Unger, the company’s vice president of sales. “The dollar is strong now against most South American currency, and that makes the cost of our machines higher. Projects are slowing up, but we have lots in the wings.”

Morooka USA is one of three construction-related companies held by the Richmond Group LLC. The others are Dominion Equipment Parts and Morooka USA – Rents. Morooka America, a separate company under different ownership, manufactures Morookas in Glen Allen.

Morooka USA sells more Morookas than “any other company in the world,” says Buck Seymour, the company’s vice president of operations. In 2014 it sold 337 of the carriers.

The company rents and sells vehicles in the same markets. It has approximately 40 employees, including eight traveling salesmen. “I can’t say enough good things about the people that work for this company,” says Unger. “They are the reason we are successful. We have people that have been here since the beginning.”

The company’s largest industry markets include oil and gas, utilities, environmental and construction. “In the last three years the number one market area has been the Northeast for both sales and rentals,” Unger says. “New York and Pennsylvania are big markets for the company because of the oil and gas business there. Eighty-five to 90 percent of our machines in the rental fleet go to the natural-gas industry for installation of pipelines.”

Morooka USA is expanding its rental fleet in Canada. It recently opened a warehouse in Alberta. “We are also trying to get more business in the U.S. from Colorado west,” Unger says. “Canada and the western U.S. are potential growth areas for us.”

Currently sales are constrained by restrictive engine emission requirements overseen by the Environmental Protection Agency. “Small manufacturers can’t keep up with the changes,” Byrd says. “Morooka is a small company that doesn’t have research and development money. They have to switch from Tier 3 to Tier 4 engines and upgrade to newer technology in order to burn emissions cleaner. We are limited in the number of machines we can sell due to current engine regulations. We will be fully compliant by 2015.”

She promotes the firm as its clients’ personal CFO 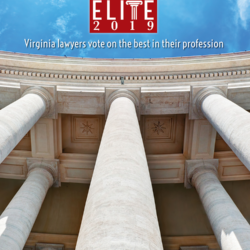 Virginia lawyers vote on the best in their profession 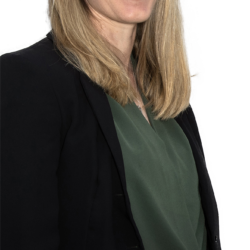