Will use of gas pumps, smartphones and ATMs generate higher sales for the 25-year-old Virginia Lottery?

Paula Otto and her team at the 25-year-old Virginia Lottery are waging a new, multimillion-dollar annual marketing campaign and eyeing a host of high-tech tools to attract 200,000 new monthly players by December 2015.

As part of the agency’s milestone anniversary celebration in late September, Otto appeared in a short video message on www.virginialottery.com. Without mentioning specifics she promised “a lot of fun things” during the coming year. And after a toot on a party noisemaker she repeated the lottery’s slogan: “We’re game. Are you?”

Lottery officials are driving hard to increase sales by expanding the base of regular players and people who play at least one game once a month. The focus of this push is young Virginians, ages of 18 to 34.
The lottery’s repeated surveys into the behavior of all monthly players in the state show that adults over age 35 play the lottery more frequently than younger people. To attract younger players, the lottery and its chief marketing partner, Richmond’s Big River advertising agency, launched the “We’re Game” campaign in September 2012.

Through a series of live recreation events, online games, social media tie-ins and advertisements, the strategy is to get young and young-at-heart Virginians to think of the lottery less as legalized gambling and more as a low-cost entertainment option.

“Our goal is to get more people engaged,” with the Virginia Lottery as a recreation and entertainment activity,” says Fred Moore, president and CEO of Big River. “The [sales] numbers will follow.”

Otto says the lottery’s gaming products compete for Virginian’s entertainment dollars against not only casinos and horse tracks, but also movie theaters, amusement parks and restaurants.

She adds that the lottery’s survival — keeping regular ticket buyers while attracting new monthly players — depends on its ability to update its delivery systems. She wants the lottery to offer games and customer service with the same speed and reliability that consumers have come to expect from their favorite retailers.

“Technology is transforming us and our expectations as consumers of how we want things delivered and how we want to play and how we communicate with each other. It moves so quickly, and I think the lottery industry is struggling to keep up,” Otto says.

Making games convenient
As she evaluates new sales tools for her arsenal, Otto is investigating the option of offering some lottery games at gasoline pumps and maybe even ATMs — point-of-sale platforms recently introduced by lotteries in Minnesota and Missouri.

“There will always be brick-and-mortar retail outlets for the lottery,” says Otto, but “in all our research … people who don’t have an overall objection to the lottery say they don’t play because it’s too complicated, and they don’t understand it, or it’s not convenient to where they shop.”

She says the lottery must make its games more convenient. “So, if [potential players with smartphones] are at the Metro stop in Rosslyn, and we had a QR code on an advertisement that said, ‘Scan this and go to your PayPal account and you can buy $10 of tickets for tonight’s jackpot that’s worth $90 million,’ they’re all over it,” she says.

Another tool now used to drive sales and attract new players is offering “experiential” prizes. One example is a “second-chance” game offered this autumn in partnership with the Washington Redskins.

Players who didn’t win in this year’s first “Redskins Live it” scratch-off game were invited to use their original tickets to enter a new game with four monthly drawings (the next is on Nov. 14) whose top prizes included Redskins home games tickets, a chance to travel with the team to some away games and pairs of 2014 home game season tickets. The top prize, scheduled to be drawn next Jan. 29, will be $100,000 in cash.

Gweneth Dean, the lottery’s director of marketing, says its partnership with the Redskins is part of the lottery’s campaign to attract adults who may be drawn to products, prizes and experiences they might never consider buying for themselves.

For example, in 2011 the lottery offered 16 high-powered sports cars in its “Muscle Car Money” contest. Last year it was the $100,000 “Grills Gone Wild” game, in which consolation prizes included portable Weber grills and gift cards for packages of Omaha Steaks.

“Another type of experiential prize could be where you can play a game online against a group of friends and a portion of the prize money would be donated to the community or to a nonprofit or to something else that has an important social value for the winner,” Dean explains. “College students have told us very clearly that the prizes they’d be interested in playing for must be something to benefit the local community in particular.”

Dean’s prediction: “We are looking at a future where you can have more control over the prizes you’re playing for … We want to offer players more choices.”

Who plays the lottery?
About 2 million Virginia adults play at least one lottery game per month. Scratch-off games (costing between $1 and $20 apiece) and daily “draw” games like Pick 3 and Pick 4, which can be played for as little as 25 cents are almost equally popular among both men and women. Men, however, dominate play in the bigger “draw” jackpot games, such as the twice-daily $100,000 Cash 5 game (where 58 percent of players are male), and Mega Millions (57 percent), Powerball (56 percent) and Win for Life (60 percent), all of which are offered twice per week.

Holders of two- and four-year degrees from colleges and universities account for 32 percent of all adult Virginians who play the lottery at least once per month. Twenty-six percent of monthly players have some college education, 18 percent are high school graduates and 19 percent have either a graduate degree or some post-graduate education. The two segments of Virginia’s adult population who play lottery games the least are those with less than a high school education and those with degrees in technical studies, agency research indicates.

Forgotten players?
Lottery officials say annual revenue is on the rise because the agency conducts regular, extensive research on its customers’ consumer and leisure time preferences before it designs games and prizes.  Not included in this research, however, is the number of problem gamblers that addiction specialists and counselors say may be unintended victims of lottery games.

On its website, the Virginia Council on Problem Gambling (VACPG) says the commonwealth is home to 180,000 adults with either “pathological, compulsive gambling” or “problem gambling” disorders and that 24,000 between the ages of 14 and 17 years old have “a high rate of gambling participation and problems.” Based on those estimates, VACPG’s parent organization, the Washington, D.C.-based National Council on Problem Gambling (NCPG), says that gambling addicts cost Virginia $159 million a year in undefined “social costs.”

Under the “Play Responsibly” section on its website, the Virginia Lottery says, “The casino or lottery provides the opportunity for the person to gamble. It does not, in and of itself, create the problem any more than a liquor store would create an alcoholic.”

Michael Ryan, a recovering gambling addict who runs the VACPG, which receives annual financial support from the Virginia Lottery, says the statement is far too simplistic.

“Well, on the surface that [statement] is true,” he wrote in an email. Ryan says the lottery “certainly does not create the problem [of gambling addiction], but it definitely contributes to the problem” by encouraging potential addicts to play while spending nothing to help treat them.

In an email, Virginia Lottery spokesman John Hagerty said the agency will spend $46,000 this year supporting its problem-gambling hotline, making contributions to VACPG and NCPG and producing its annual “Play Responsibly” public-service announcements and brochures. The General Assembly, however, has not authorized the lottery “to spend any operating funds on actual programs that provide treatment,” he said.
“The question is: Why does the state provide funding for alcohol [treatment] but not gambling when in both cases the state is profiting from both?” Ryan asks.

He and other gambling addiction counselors say lottery games are frequently “gateway” activities to more serious gambling problems.  “My problems with gambling started when I was a teenager, playing the state lottery in Massachusetts,” Ryan recalls. “Later, my first choice became sports betting, and lottery games were second. State lotteries are always a top second choice for problem gamblers.”

“To some degree I can accept the lottery’s analogy to a liquor store; however, a [state-controlled ABC] liquor store would be held liable for selling to someone who already was  intoxicated,” Elston says. “I have spoken with convenience store clerks who sell hundreds of dollars of Pick 3 and scratch-off tickets to people who pay for food with [food stamps]. They are not told to quit selling lottery tickets to people who can’t afford them.”

Elston, like Ryan, wants the Virginia Lottery to take a much more active role in the education and treatment of gambling addicts. “The lottery brings in a great deal of money, and the majority of people who play it do so without a problem developing,” says Elston. “For those who do develop the problem, a tiny fraction of the money the lottery brings in would provide the help needed.”

“I want to make it clear that the Virginia Lottery has been a wonderful partner to the Virginia Council on Problem Gambling, and we are very grateful for their support,” says Ryan. “They say they want to help with the problem of problem gambling, and I believe they do, but I want the lottery to lead the way. We have to put some real money behind those words.” 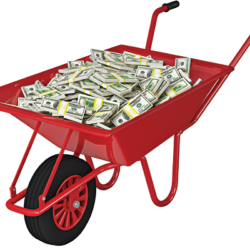 Bringing in the big bucks 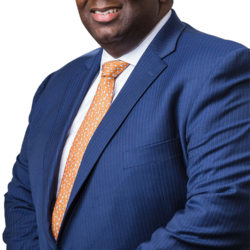