Home News Kanye West does not qualify as a candidate in Va., court rules

Kanye West does not qualify as a candidate in Va., court rules

A Richmond Circuit Court judge ruled Thursday afternoon that Kanye West is not a viable presidential candidate on Virginia’s ballots — although his name is on some that have already been printed.

Judge Joi J. Taylor granted the injunction motion filed by two plaintiffs, Suffolk residents who said they were tricked into signing a form requiring them to support the hip-hop superstar and fashion designer as Virginia electors. Taylor ruled that 11 of 13 elector oaths submitted by West to appear on the November ballot were “obtained by improper, fraudulent and/or misleading means” or are invalid because of a notary’s “violations and misconduct.”

The suit was filed against the Virginia Board of Elections, which approved West’s appearance on the ballot Aug. 28, after the independent candidate’s campaign turned in paperwork on the Aug. 21 deadline. Some ballots already have been printed ahead of the state’s Sept. 4 printing deadline, the court acknowledged, so West’s name will appear on them, but the order directs the Board of Elections to “take all necessary measures … to provide notice to voters of Kanye West’s disqualification.” As for ballots that have not been printed, the board is prohibited from including West’s name.

The ruling comes after a wild scramble to stop West from appearing on the state’s ballots prompted by the two electors, who filed suit Sept. 1 and said they didn’t know they were expected to vote in the Electoral College for West when they were approached by campaign workers who asked them to sign a petition. Neither said they support his candidacy.

Attorney General Mark Herring’s office got involved Wednesday, filing a motion for an emergency hearing to prevent the inclusion of West’s name on ballots. West’s attorneys requested that Taylor remove Herring from the case, but the judge did not take up the matter Thursday.

The state was under serious deadline pressure because of the Sept. 4 printing deadline, so absentee ballots could be sent out by Sept. 19.

West is widely viewed as a spoiler candidate to benefit President Donald Trump, although West says they are not in cahoots. 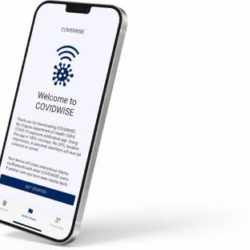