After a two-year investigation, ongoing federal scrutiny and numerous lawsuits, Juul Labs Inc. tentatively settled with Virginia, 32 other states and Puerto Rico for $438.5 million on Tuesday.

Virginia will receive $16.61 million over the next six to 10 years, state Attorney General Jason Miyares announced Tuesday, but the larger impact may be on Henrico County-based Altria Group Inc., which has a 35% ownership of Juul, based in Washington, D.C.

In 2018, Altria invested $12.8 billion in Juul, which was then dominating the vape market. By late 2019, the company’s fortunes plummeted, with California’s attorney general suing the company for illegally marketing e-cigarettes to underage consumers. Fruit- and candy-flavored nicotine products, as well as a sleek, flash drive-mimicking tool, were part of their appeal to teens, numerous plaintiffs — including states joining California’s lawsuit — argued.

Juul has settled several lawsuits since 2021, including $87 million in settlements with four other states, but there are still thousands of other lawsuits pending. In late August, U.S. District Judge David J. Novak of the Eastern District of Virginia declined to approve a proposed $117 million settlement between Altria and shareholders in a lawsuit over its investment in Juul. Novak called the deal “inadequate.”

Altria’s investment in Juul has fallen to a worth of $450 million as of June 30, but the company has not yet sought to be released from its noncompete agreement. Its deal with Juul included an option to leave if its initial investment fell below 10% of its original value, i.e. $1.28 billion.

In Tuesday’s settlement, Juul agreed to not depict people under 35 in its marketing, use paid influencers, offer free samples, sell flavors not approved by the FDA or allow access to websites without age verification, among other mandates.

“Youth vaping is an epidemic, and from the get-go Juul has been a leader in the e-cigarette industry,” Miyares said in a statement. “But Juul targeted young people with deceptive social media advertising campaigns and misled the public about the product’s dangers. My office will continue to go after and hold accountable companies that market addictive products like e-cigarettes to minors, with no concern for their health or well-being.”

The FDA also has taken direct aim at Juul’s right to sell any of its products in the United States, saying in June it plans to ban vaping products but pedaling back the decision in July, when the agency said it needed to further review studies comparing e-cigarettes with conventional cigarettes,.

In his July 28 earnings announcement, Altria CEO Billy Gifford said, “The FDA has the opportunity to create a mature, regulated marketplace of smoke-free products that can successfully realize tobacco-harm reduction and improve the lives of millions of adult smokers. … We continue to believe that harm reduction, not prohibition, is the best path forward.”

Tuesday’s agreement also includes restrictions on sales and distribution, including where the product may be displayed and accessed in stores, limits on online and retail sales, age verification on all sales, and a retail compliance check protocol.

Juul released a statement on its website Tuesday calling the settlement “a significant part of our ongoing commitment to resolve issues from the past.”

“The terms of the agreement are aligned with our current business practices which we started to implement after our company-wide reset in the fall of 2019,” the company said. “With today’s announcement, we have settled with 37 states and Puerto Rico, and appreciate efforts by Attorneys General to deploy resources to combat underage use.” 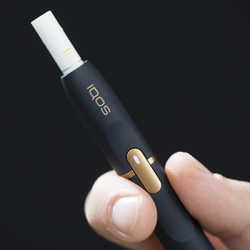 Biden administration did not interfere