Charlie King has been with university since 1996

Charlie King, James Madison University’s senior vice president of administration and finance for the past 25 years, has announced he will retire in December, the university said Monday.

“On behalf of the entire university community, I congratulate Charlie on his retirement and share deep appreciation for the foundation he has laid, his support and his never-ending commitment to JMU,” JMU President Jonathan Alger said in a statement. “He has served a critical role in working with legislators across the commonwealth and has spearheaded numerous capital projects that have enhanced this institution greatly.”

King has managed the financial resources of JMU and been involved with capital projects on campus, including building out the school’s East Campus and growing JMU’s athletic programs. In 2019, the university’s endowment grew to $111 million, a 42% increase over the past five years, and JMU’s $200 million fundraising campaign launched in 2018 reached its goal more than a year early.

“This is certainly a bittersweet moment as I have enjoyed my time at the university and have watched JMU become a first-class institution of higher education,” King said in a statement. “I am very proud of the work administration and finance employees have done to help develop JMU into the place it currently is.”

Towana Moore, associate vice president for business services, will serve as interim vice president of administration and finance. King will work on a temporary, part-time basis with JMU’s government relations staff through the next General Assembly session. 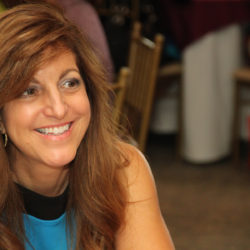 Suzanne Bergmeister comes from the University of Louisville

University said it will continue, however, to bear name of James Madison despite slave ownership