The eight-year fundraising campaign, which exceeded its $200 million goal in March 2021, ended June 30. It began with an advanced gift phase in July 2014 before JMU announced it publicly in October 2018.

Unleashed attracted 63,976 donors, about 37.4% of whom were alumni. The second largest segment of donors were parents, at 34.3%. Corporations donated 2% of the total. More than half of donors made their first gift to JMU through the campaign.

JMU is designating $97.3 million of the funds raised for general purposes, $45.4 million to athletics and $108.45 million to academic programs.

“Our hope is that people are going to find a sense of purpose in their giving, are going to see [the] chance to create an impact on something that matters to them, and our donors have basically told us they want to make a difference,” said Nick Langridge, JMU’s vice president of university advancement.

During the campaign, the university received its largest-ever cash gift, $5 million, from alum Paul Holland, a 1982 graduate, and his wife, Linda Yates. Madison Hall, which houses the Office of Admissions and the Center for Global Engagement, was renamed Holland Yates Hall to honor the couple. Holland and Yates made the gift “to support scholarships, study abroad, entrepreneurship and other initiatives that align with their personal passions and will involve many areas across campus,” according to JMU. They specifically wanted to rename Madison Hall, the university said, because the admissions office “represents the gateway to JMU and the Center for Global Engagement is a passport to the world.”

JMU set “opening doors for students” as a campaign priority. The university scaled its honors program into an honors college.

Donations for the Dukes Pay It Forward scholarship program received almost $6.2 million from a collective 2,180 donors.

Northrop Grumman Corp. Chair, President and CEO Kathy Warden and her husband, Eric, are JMU alumni. They started the Warden Challenge, pledging to match gifts for Pell Grant-eligible student scholarships up to $1.25 million. More than 950 donors gave a total of $3.2 million to support 125 Pell-eligible students.

“Before, our facilities did not afford the students a chance to meet and study in groups and teams. They were sitting on the floor of the foyer in circles with their teammates trying to get work done,” Langridge said. “Now, our classrooms have team-based spaces and functionality,” including rooms that students can reserve.

Additionally, the university received more than $13 million for the 8,500-seat Atlantic Union Bank Center basketball arena, which it opened in 2020.

“One of the things that we felt strongly about was giving back to JMU as a way of showing our gratitude for having an opportunity to work with such outstanding graduates over the years,” she said.

Although neither served on the campaign steering committee, the Majors served on their respective colleges’ boards.

“I think that’s one of the things that was an unexpected pleasure for us, reconnecting with JMU later in life,” Lara Major said.

Langridge credits the school’s growing and maturing alumni base for the campaign’s success.

“The number of students who graduated last May in a single year is greater than the combined number of graduates for the whole decade of the 1960s,” he explained. “We’ve grown significantly as an institution to now [having] nearly 20,000 undergraduates and 22,000 total students.”

Lara Major believes that some of the campaign’s success is due to JMU’s increased recognition: “We’re well on our way to national prominence, and I think the campaign is a reflection of that.”

That prominence includes JMU’s 2022 Carnegie Classification as an R2 Doctoral University, its No. 72 ranking on the U.S. News & World Report’s 2022-2023 Top Public Schools list and its participation in the Sun Belt Conference. 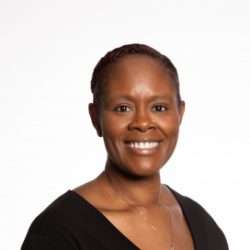