Jehmal Hudson, who held several roles at the Federal Energy Regulatory Commission and served as a law clerk for then-Sen. Hillary Rodham Clinton, was appointed to the Virginia State Corporation Commission on Tuesday. He is the first African American person named to the judicial seat.

“Jehmal Hudson is a remarkable leader and I am pleased to name him to this important position,” Gov. Ralph Northam said in a statement. “He brings tremendous knowledge and expertise to the State Corporation Commission, particularly on advanced energy, and I am confident he will serve our commonwealth well.”

Republicans and Democrats in the House of Delegates approved Hudson’s nomination in March, but state Senate Republicans balked, saying Hudson didn’t have the necessary experience in banking and insurance. Without Senate approval, the job of appointing the SCC judge fell to Northam, but the General Assembly must take action to either approve Hudson or leave the seat vacant within 30 days of the start of the next session in 2021.

The three-member SCC is elected by the General Assembly for six-year terms. 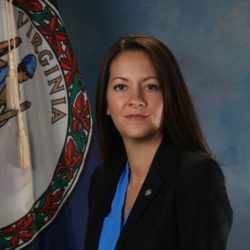