Nakano Warehouse & Transportation Corp. will build a warehouse at 2200 Steppingstone Square in the Greenbrier North Commerce Park. It will be up to 78,400 square feet and will be built over the summer and operational by August 2023. The 25 jobs are positions such as managers, marketing representatives, forklift drivers, casual drivers.

“Virginia’s reputation as a world-class logistics hub is reinforced by Nakano Warehouse & Transportation’s new operation in the city of Chesapeake,” Youngkin said in a statement. “The supply chain industry in the commonwealth continues to gain momentum, in large part due to the Port of Virginia’s unparalleled infrastructure. We look forward to supporting this global company’s success in Hampton Roads.”

Nakano was founded in 1951 and has 10 bases around Japan, and the company has a U.S. branch headquartered in California. The company specializes in general truck transportation, airmail handling, freight forwarding, marine transportation, warehousing, trunk rooms, packing industry, correspondent delivery and importing and exporting.

“On our 50th anniversary of U.S. operations, we are pleased to partner with the city of Chesapeake and the commonwealth of Virginia,” Nakano President and CEO Shinichi Nakano said in a statement.“August 2023 marks the 100th anniversary of our operations in Japan, and our logistics facility in Virginia will be fundamental to the development of this area.”

The Virginia Economic Development Partnership worked with Chesapeake, the Hampton Roads Alliance and the port to secure the project for Virginia. Virginia competed against South Carolina for the project. 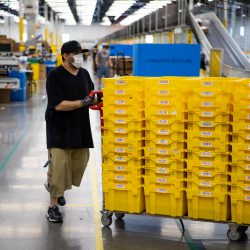 Property is 100% leased to the U.S. Postal Service 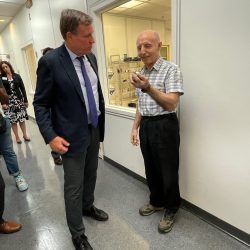