An Italian manufacturer will open a $1.75 million U.S. headquarters in Russell County, creating 50 jobs over the next three to five years, the Virginia Coalfield Economic Development Authority announced Thursday.

Ceccato S.p.A. will open its U.S. subsidiary at the Russell Place building at 122 Haber Drive in Lebanon. It has a presence in more than 60 countries and subsidiaries in Germany and Brazil.

Lebanon competed against locations in North Carolina, West Virginia, and other Virginia localities for the project.

The company is project to make its initial capital investment of $1.75 million within the first four months, Ceccato USA President and CEO Jimmy Sisk said during the announcement  Thursday .

In February, VCEDA approved a loan of up to $900,000 to be used by the Russell County Industrial Development Authority to acquire and renovate the 51,830-square-foot building.

“Attracting Ceccato USA, an Italy-based, multinational company is a huge win for Russell County and Southwest Virginia,” said Virginia Del. Will Wampler III, R-Washington County. “To attract a company with an 80-year track record of manufacturing excellence speaks to both Ceccato’s and our region’s desire to push forward and remain competitive in a global market.”

Parts needed for the facility are expected to arrive by late October or early November.

“Frankly, we looked at those other locations, but we did not find anyone as welcoming to us as what we found in [Russell County IDA Chairman] Ernie [McFadden] and [VCEDA Executive Director] Jonathan [Belcher],” Sisk said. “Every single time we came to Lebanon to look at the possibilities, they were welcoming and took good care of us and that played into our final decision of where to locate. We could have located anywhere. We feel very thankful and blessed that it is the Lebanon location.” 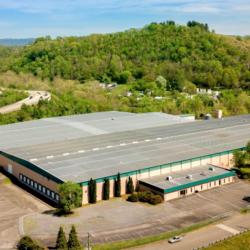