Home News It takes a Tribe

It takes a Tribe

Nestled in the Blue Ridge Mountains, 30 miles northeast of Wytheville and 30 miles southwest of Blacksburg, small-town Pulaski has a charming Mayberry feel, with its picturesque downtown and 19th-century architecture.

But it’s also kind of in the middle of nowhere. And that, says Pulaski County Administrator Jonathan Sweet, is exactly why millennials should be clamoring to move there.

“What makes this place unique is that Pulaski is totally a blank landscape,” Sweet says. “It’s a blank canvas that has the ability to be developed. … It’s not local government trying to force a transformation. It’s young, talented millennials — they’re going to say, ‘There’s an opportunity here.’” 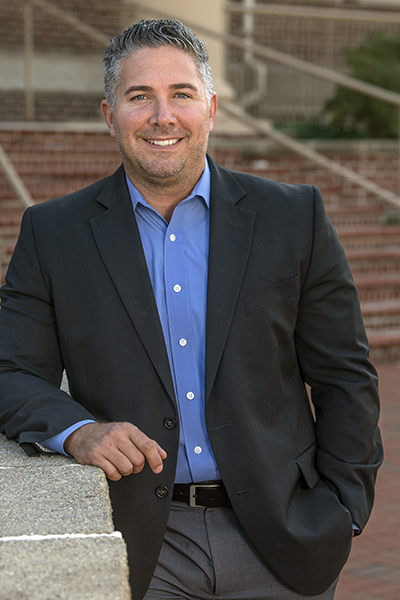 Sweet has reason to hope young, tech-friendly entrepreneurs discover and adopt the county and its seat, the town of Pulaski.

Pulaski County’s population has dwindled over the decades to its current 34,500. The Weldon Cooper Center at the University of Virginia projects it will drop further, to 31,000, by 2040.

A few years back, The Washington Post ran a big article about Pulaski headlined, “Can rural America be saved?” (Its conclusion: a doubtful maybe.)

The problems confronting Pulaski are common to rural areas throughout Virginia. Jobs are scarce, aging residents have health problems and, as manufacturing shifts elsewhere, their economy is faltering.

Now, with the largest generation in the nation’s history flooding the U.S. workforce with as many as 85 million millennials, regions around Virginia are fighting to attract them, their income and their investments. If they succeed, their regions could thrive. If they fail, their slip down the economic ladder will likely continue.

That’s what inspires Sweet. He argues, in fact, that Pulaski can reverse its decline by importing thousands of millennials and Gen Zers. He rejects the Weldon Cooper Center’s dire economic outlook for Pulaski and says he plans to grow the county’s population to 40,000 by 2030.

“It’s like a doctor telling us we’re prediabetic and we refuse to accept the prognosis,” he says. “We think that if we work hard, exercise and change our habits, we can reverse that trend, and that’s exactly what we’re doing.”

The county plans to do this by creating jobs, diversifying its housing stock, investing in public education and improving local quality of life — factors Sweet says will be key to attracting young professionals.

One big complication to this plan is that millennials are flocking to cities like Austin, Denver, San Francisco and, to a lesser degree, Richmond — places with personality, job opportunities, arts scenes and fun. Some data suggests that as millennials age into their later 30s, a smaller but significant number of them are moving out of the largest cities and into nearby suburbs, in search of better schools and larger homes, according to a 2018 Wall Street Journal analysis of  U.S. Census data.

But most analyses indicate that millennials aren’t headed to the Pulaskis of the world.

Still, Sweet argues that his little community has a real shot at attracting younger people.

And the proof is a group of young entrepreneurial locals he has dubbed the Tribe — a moniker that has caught on with the regional media.

The group of more than a dozen 20-somethings, some still in college, call themselves the Pulaski Crew, however. One of them, Tyler Clontz, was elected to Pulaski Town Council last year. 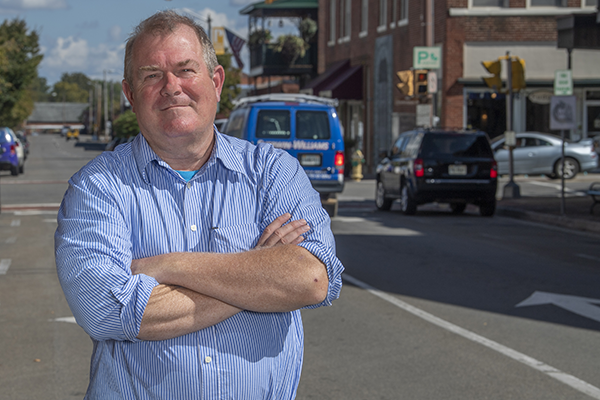 Over the last three years, advised by their mentor, local real estate developer and entrepreneur Steve Critchfield, the Crew has leveraged federal development grants and historic tax credits into a portfolio of 15 single-family rental properties valued at over $1 million.

“This group is top-notch,” Critchfield says. “This would not work if you did not have these talented and responsible entrepreneurs. They have taken these blighted homes and put in sweat equity … and put them on the rental market.”

The Pulaski Crew’s unofficial leader, Luke Allison, a 28-year-old native of nearby Tazewell, says that he and his buddies are committed to revitalizing the town and reversing its decline. “Pulaski is a real gem,” he says.

The group intends to entice more Virginia Tech graduate students, already their top renters, to Pulaski by offering a lower cost of living than Blacksburg. They’re in discussions with Habitat for Humanity, the Virginia Housing Development Authority and the Virginia Department of Housing and Community Development to discuss how they might develop a stock of affordable homes for sale in the community.

To make the town more millennial-friendly, they plan to open a coffee shop, a beer taphouse, a virtual-reality center, a business center with meeting spaces and an indoor arena to play low-power air-gun games known as airsoft.

“The best way to get … [younger residents] here is to give them an experience,” explains Radford University senior Jacob Prine. He intends to open a marketing company and IT consultancy in Pulaski.

Partly due to the Tribe’s investments, Sweet says, housing values in downtown Pulaski have increased more than 30% since 2017.

Austin Stromme, a 21-year-old student at New River Community College, is the property manager for the group’s real-estate arm, Kethanos. “It’s been a great experience,” he marvels. “I’m taking everything in from Steve [Critchfield] and Jonathan [Sweet].”

Meanwhile, the county is working on infrastructure. In 2017, Pulaski residents voted for a $47 million bond issue to pay for a new middle school. Pulaski officials have announced 1,400 new jobs in the last 2½ years, with more than 1,000 of those jobs still unfilled.

The plans go on. Along with solar and wind projects, Sweet says, Pulaski aspires to become the largest producer and processor of hemp in Virginia.

“What we know about millennials is, they want to be part of something,” the county administrator adds confidently. “Well, this is really something to be part of. We’re going to change the course of an entire community.

Read more about millennials in the workplace in November 2019’s cover story.