The IABB is the umbrella organization for the local, independent BBBs in the United States, Canada and Mexico. Morse has been president and CEO of the BBB of Central Ohio in Columbus for the past 20 years. He succeeds interim Executive Director Colleen Rudio, founder of Missoula, Montana-based Cascadia Business Development, a BBB accredited business.

“Kip’s commitment to BBB and its mission of marketplace trust has been the core of his professional life,” Jim Hegarty, IABBB board chair, said in a statement. “He … led or supported improvements and expansion of important BBB programs focused on trust, character and ethics.”

Morse earned his bachelor’s degree in criminal justice from Kent State University and is the founder and chair of the Consumer Fraud Advisory Group, which includes the attorney general, state and local law enforcement and regional FBI, Federal Trade Commission and Department of Homeland Security offices.

The BBB was founded more than 100 years ago and works to help connect businesses, brands and charities. 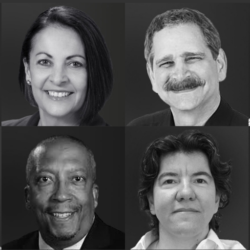