Wajsgras will take over from Stephen Spengler effective April 4, according to a company announcement. Spengler announced his retirement from Intelsat in October 2021.

“Dave Wajsgras is a results-oriented leader with a great track record of performance throughout his career,” said Intelsat Board of Directors Chairperson Lisa Hammitt, in a statement. “He develops talent and builds teams, thinks and acts strategically and engages positively with customers and other stakeholders to the benefit of the business. Dave is just the right person to lead Intelsat at this important time.”

Wajsgras said that while Intelsat has “made history over nearly 60 years, it’s Intelsat’s future that excites me most. With a focus on customers and a commitment to delivering on our promises, we’re ready to write the next chapter in the story of communications and connectivity.” 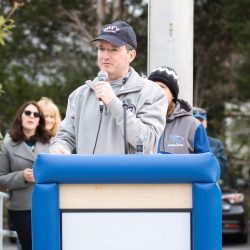 Jim O'Farrell has been with the company since 2010