Home News Innovation was at center of Mighty Dream Day 3

Innovation was at center of Mighty Dream Day 3

On the third and final day of Pharrell Williams’ Mighty Dream Forum in Norfolk, the theme was innovation. The first day‘s focus was diversity and equity, while Wednesday was largely dedicated to inspiring entrepreneurs to find and create opportunities.

Panelists throughout the day Thursday encouraged attendees to innovate, seek out resources and do their homework to find opportunities and access.

Then, in a panel with Melvin; Chegg Inc. CEO Dan Rosensweig; Megan Holston-Alexander, a partner at Silicon Valley venture capital firm Andreessen Horowitz; and Sydney Sykes, a partner with venture capital firm Lightspeed Venture Partners, Williams talked about how to make the innovation space more inclusive. The concept that innovation is as much about people as it is about ideas came up over and over. Melvin told a story about growing up in Lynchburg, when his father bought an old bread truck for $500 and repurposed it into a recreational vehicle for the family to use for summer travels. “It taught me creativity, innovation and the ability to transform something to something we need for our family,” he said, citing how his father’s implementation of an idea was an example of innovation.

Rosensweig made a point that innovation isn’t always about creating something new, but it can be about improving something and making it better. Innovation isn’t just about founding something, he stressed. It’s finding leverage where there wasn’t before. When a founder is pitching an idea, he or she has to think about the benefits, instead of the features, he added.

Another panel hosted a conversation between Afdhel Aziz, co-founder and chief purpose

officer for social impact marketing agency Conspiracy of Love, and Aaron Mitchell, former human resources director for Netflix Animation, about how Mitchell convinced Netflix executives to move 2% of its revenues, or about $100 million, to Black banks. He described sending a proposal to Netflix CEO Reed Hastings after the 2020 police killing of George Floyd, and how he was encouraged by the response he got, and then seeing it happen. There was a ripple effect with other major tech companies following suit and at least $2 billion worth of corporate deposits being funneled into Black banks, he said. Mitchell noted that Microsoft had quietly done this 10 years prior and it wasn’t an original idea on his part.

Author Ben Nemtin, who co-created MTV’s 2010 reality TV show “The Buried Life,” spoke in TED Talk style about living with purpose. He encouraged attendees to follow their passions, saying, “You’re not done until you get your yes.”

In one of the final panels of the day, representatives from the White House’s Economic Opportunity Coalition spoke about actions the Biden administration has taken to help underserved small businesses gain access to capital and resources. One of the key points was about taking advantage of not just available capital, but also seeking guidance and mentorship. 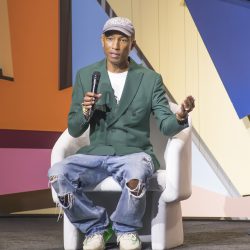 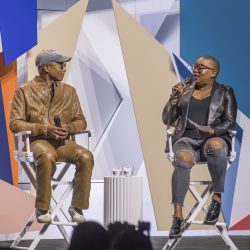 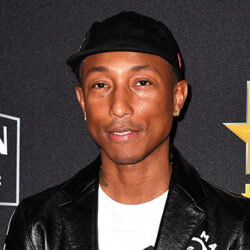