An indoor fish farm located in Southwest Virginia, an idea born nearly a decade ago, is slowly swimming its way closer to reality.

Work on water infrastructure improvements, including a new water line and sewage lift station, to support the Pure Salmon facility that will straddle Tazewell and Russell counties could begin as early as March 2023, according to Tazewell County Administrator Eric Young.

Pure Salmon, a global Atlantic salmon farming and processing business headquartered in Abu Dhabi, United Arab Emirates, and backed by Singapore-based private equity firm 8F Asset Management Pte. Ltd., plans to invest about $228 million in the aquaculture facility, which will sit on about 200 acres and employ around 200 people, according to a company website.

The Virginia Pure Salmon facility could use up to 400,000 gallons of water a day, according to Young. Without upgrades to the water system, he says, the county wouldn’t be able to meet those needs.

The improvements are expected to cost about $10 million, Young says. In August, the U.S. Department of Commerce’s Economic Development Administration announced the county will receive a $4.3 million grant to help pay for the project. The federal Appalachian Regional Commission will add another $1 million to the kitty. “We’ve got a few more grant applications in that we’re expecting to go favorably,” Young says.

Any costs not covered by grants will be amortized in Pure Salmon’s future water and sewer bills.

Additionally, teams from Appalachian Power are planning upgrades to support Pure Salmon. The utility will build about two miles of electric lines as well as a new substation near the aquaculture facility. Construction is slated to begin in early 2023 and conclude by the end of 2024.

A consultant to the project says Pure Salmon isn’t providing construction updates. However, according to its website, site preparation began in the fall of 2021 with construction expected to be complete by the end of 2023. Pure Salmon did not respond to questions about whether it could start operations before Appalachian Power completes its work.

Once the facility is built, it will still take about 22 months for roe to become mature salmon, Young cautions.

“If you’re talking about when does the first fish come out in a nice cellophane wrapper … you’re probably looking at the end of 2025,” he says. 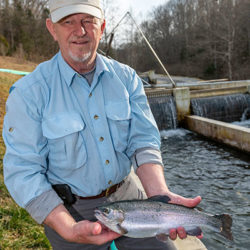 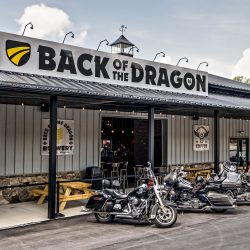