Whether nature or nurture is more crucial to the development of a child is a moot point in the case of real estate developer Robert C. Kettler. In him, the two elements perfectly align.

By nature, Kettler likes all aspects of the real estate development business, from the first conception of a project —“the envisioning part gets me up in the morning,” he says — to the “granular work” required to turn his vision into bricks-and-mortar reality.

By nurture, Kettler was destined to be a developer. His grandfather built apartments back in the 1920s, and his father and uncle were both residential developers. While still in college at George Washington University in the 1970s, this third-generation entrepreneur already was remodeling apartments.

Now, 40 years later, the Northern Virginia resident is one of the pre-eminent developers of residential and multi-use properties in the Washington capital region, and his company ranks as the 16th largest multifamily developer in the country. Kettler Inc., which employs about 1,000 people, also has built numerous shopping centers and golf courses.

From the beginning Kettler thought big. As a result, many of his projects have been of landscape-altering dimensions. For example, more than 11,000 people now live in the Loudoun County suburb of Cascades, which was open farmland before Kettler began constructing more than 6,000 homes there in the late ’80s. Some of his more ambitious projects have included the 1.3 million-square-foot, multi-use Leesburg Village and 1,000 units of high-rise apartments at Reston Town Center, the latter of which he calls “the most iconic, transformational project we’ve done.”

In all, the busy builder has been responsible for the creation of more than 45,000 homes and 25 planned communities in the metropolitan Washington region. In addition, the management arm of Kettler handles 30,000 units.

Kettler has received numerous awards for his voluminous work, including recognition for lifetime achievement from the Northern Virginia Building Industry Association.

Lacy Rice, who co-owns some apartment complexes with him, credits the developer’s success to his abundant energy, persistence and eye for value.  In addition, Rice, the managing partner of Federal Capital Partners, says Kettler has been able to adjust as the commercial real estate market has become more structured. “Lots of family companies reach their zenith with the patriarch, but Bob is continuing to evolve into a multigenerational company.”

Yet all of Kettler’s many accomplishments soon could be dwarfed by his current involvement in what he calls “the biggest redevelopment story in the country – the metamorphosis of what was 2,000 acres of office space into a suburban city known as Tysons.  “The place is on fire,” he says of Tysons. “All pins on a map end up there.”

In addition to building 395 units of midrise apartments at Tysons called Highgate at the Mile, Kettler is working with the Meridian Group on a massive undertaking called the Boro, located near the Greensboro station of Metro’s new Silver Line. The first phase, now in progress, includes 750 residences, 443,000 square feet of office space and 252,000 square feet of retail, including a Whole Foods supermarket. Eventually, the Boro should encompass 4.2 million square feet spread across 18 acres.

Kettler admits that even as he continues to build, the NoVa housing market has “a slight oversupply.” Nevertheless, he is confident that the situation is temporary.

“Millennials,” he says, “are not al­­ways going to spend all their money on 450-square-foot apartments and takeout. They can’t live that way forever.”  If past is prologue, Kettler will be there for them when they are ready for grown-up housing.

Years in the industry: Kettler co-founded his first company, Kettler & Scott, in 1977.
Where he grew up: Washington, D.C.
Family: Wife of “about” 35 years, Charlotte – a 13th-generation Virginian who traces her lineage to Pocahontas. Four children; two of them work for his company. Two grandchildren.
Hobbies: Retreating to his farm on the Eastern Shore and going boating. “I like having no schedule, like one day a year.”
Most recent read: “The Obsidian Chamber,” the 16th installment in a series of fantasy thrillers by Douglas Preston and Lincoln Child.
Bucket list: A trip to Antarctica. He already has logged an “incredible” trip to Tierra del Fuego at the tip of South America. 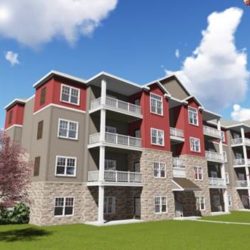