Whether shining a light on the opioids crisis, fighting for diversity, equity and inclusion, or helping startups get a leg up, it’s all in a day’s work for these impactful Virginians. 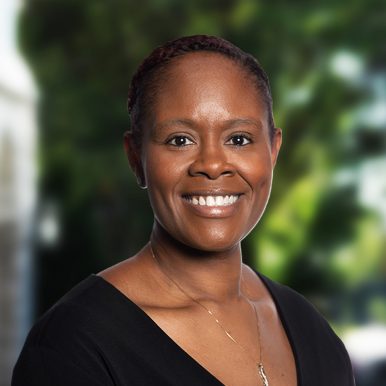 Malika Carter-Hoyt became JMU’s first vice president of diversity, equity and inclusion and chief diversity officer in August, the third time she has served as an inaugural chief diversity officer. Carter-Hoyt began her career as a middle school teacher before realizing she preferred systems-level planning — figuring out context, bringing in experts and seeking solutions to disenfranchisement. Part of her role is ensuring resources, like information on grant opportunities, are shared across JMU, she says. As a child, she spent summers in Mississippi and Arkansas, where she was told to share: “The saying was, ‘If you have your hand closed, no one can put anything in it.’” She’ll also be helping to develop strategic goals and a strategic vision for diversity, equity and inclusion, and ensuring implementation and compliance. 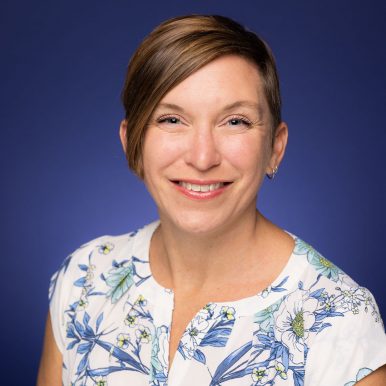 Previously a longtime learning and development manager at Allstate Corp., Blair Celli in July joined Capital One, where she leads a team of five managers and 35 instructional designers. She became interested in the McLean-based credit card giant after learning the company won a major award for Out Front, its LGBTQ+ employee resource group. An El Paso, Texas, native, Celli is a graduate of Hollins University, where she serves on the alumni board, and she and her wife live in Roanoke. Celli is also a board member for Points of Diversity, an organization that works to foster inclusivity in the Roanoke Valley through small group conversations on difficult topics.

When others wouldn’t take the contract, Devon Henry stepped up to remove Richmond’s Confederate monuments, including the 61-foot-tall Robert E. Lee memorial. Henry started adding other meaningful projects to his portfolio, including saving houses formerly inhabited by enslaved people.

Since 2020, Henry has removed nearly two dozen Confederate statues across the South. And in 2022, the Hampton native entered the world of NFTs, starting CryptoFederacy, a venture to sell digital artwork by Black artists inspired by the removal of the monuments. The project is called
The Thirteen Stars Foundation Inc., after the number of stars on the Confederate flag, and Henry hopes to raise $13 million for nonprofits working in social justice, affordable housing and education, including project partner Thurgood Marshall College Fund.

“I just felt like this was a way for us to do something different,” Henry says, “taking these 19th-century objects and bringing them into the 21st century.” 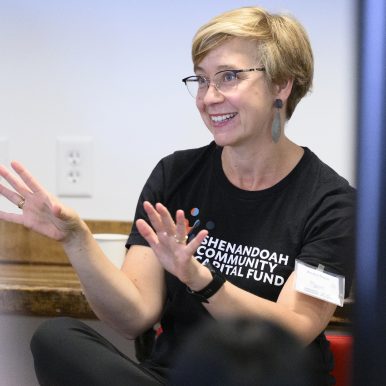 Raised in East Germany, Anika Horn has been to 14 countries since she finished high school, but Virginia is the place she calls home. Drawn initially to Richmond by her now-husband, Horn also discovered another passion: “It’s easy to fall in love [with Virginia], be it the ocean, be it the mountains, be it the people.” Although she owns consulting firm Anika Horn LLC and produces a podcast for her other company, Social Venturers, Horn’s focused on the Shenandoah Community Capital Fund. “I firmly believe it takes a village to see your business thrive,” and building that village for entrepreneurs is what SCCF is working on, she says. In 2023, she will lead the launch of an SCCF regional campaign to tell Shenandoah entrepreneurs’ stories. 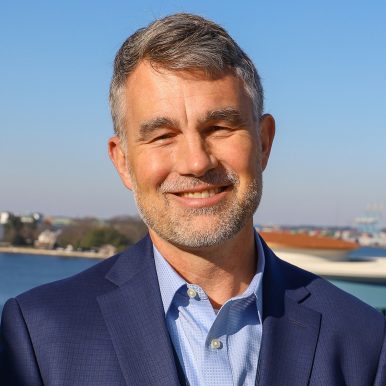 After nearly 29 years in the Army, including more than a decade with the U.S. Army Corps of Engineers, most recently as CEO and commander of the Norfolk district, Patrick Kinsman started thinking about what he wanted to do next. He settled on a newly created position at the Port of Virginia. Kinsman is overseeing Portsmouth Marine Terminal’s conversion to a logistics hub. Siemens Gamesa Renewable Energy S.A. is investing $200 million to build the first U.S. offshore wind turbine blade manufacturing facility there, in support of the $9.8 billion wind farm Dominion Energy Inc. is erecting 27 miles off the coast of Virginia Beach. After starting in February 2022, Kinsman says being part of bringing the offshore wind industry to the U.S. and the East Coast is “really exciting, challenging and dynamic.” 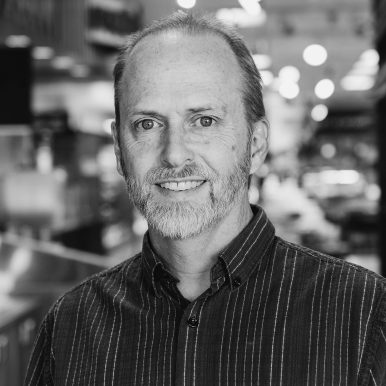 Richmonders are familiar with Ellwood Thompson’s as an independently owned grocery store that sells produce from growers within 100 miles. Dan Lamprecht is the person who makes that happen, as well as advising farmers and other producers on labeling and pricing. A Wisconsin native, Lamprecht moved to Richmond in 2015 and previously was organic produce manager at Roundy’s Supermarkets, which he left just before it was acquired by Kroger. “I wanted to be involved in all things organic and natural, and more involved with small local growers [and] manufacturers to help them get a start,” and that’s what Ellwood Thompson’s offered, says Lamprecht, who also co-owns Crossroads Records, a music shop at Stony Point Fashion Park, with his wife and daughter.

Bestselling author Beth Macy’s work fills a vacuum left by the decline of local news, including her former employer, The Roanoke Times, where she worked, on and off, as a staff writer and columnist for 25 years.

Macy’s latest book, “Raising Lazarus: Hope, Justice, and the Future of America’s Overdose Crisis,” offers solutions to abate substance abuse, focusing on harm reduction. It follows up on “Dopesick: Dealers, Doctors, and the Drug Company that Addicted America,” which told the story of what happened after drugmakers, including Purdue Pharma LP, flooded rural America, including parts of Virginia, with opioids. The 2018 book was made into a Hulu TV series starring Academy Award-nominated actor Michael Keaton; much of it was filmed in Central Virginia.

“I just barely squeaked out of poverty,” Macy says of growing up in Ohio. She feels a need to give back by sharing the stories of those “in small towns and rural areas that have just basically been left behind and forgotten.” 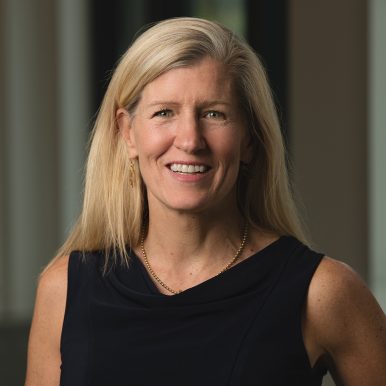 Evans McMillion is someone who has always liked building things, and currently, that’s startups and small businesses. Now she’s doing just that as the first executive director of 757 Accelerate, a nonprofit startup accelerator that’s part of the 757 Collab nonprofit innovation network. In the past year, the accelerator has helped 32 companies in five cohorts and raised $53 million in capital. Before running 757 Accelerate, McMillion was an attorney who was assistant general counsel for ADS Inc. and also served as vice president of research and strategy for Reinvent Hampton Roads. A Dartmouth College and Duke University law school graduate who has run ultramarathons and played Division 1 ice hockey, she has two teenagers. 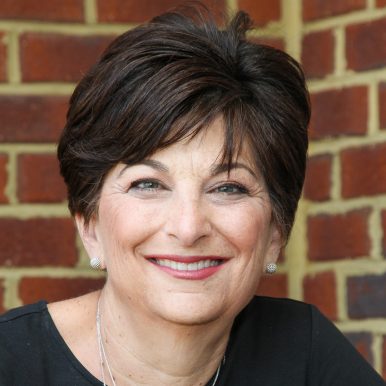 Since 2009, Amy Nisenson has led the Mary Morton Parsons Foundation, which provides financial support to charitable organizations across Virginia, primarily for capital projects. Typically, the organization annually gives
$5 million to $7 million in grants, supporting organizations such as the Better Housing Coalition, Richmond YWCA and The Valentine history museum.

Nisenson often talks with nonprofit executives and board members to decide whether the timing is right for their organizations to receive a grant. “We don’t give out that money lightly,” she says.

As a consultant, Nisenson performs high-level strategic work with nonprofit leaders. Additionally, she’s the current president of the Jewish Community Federation of Richmond’s board of directors. “I get to get up every day and give back to the community in a lot of different ways,” Nisenson says. 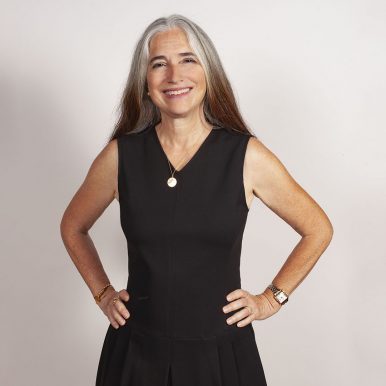 Karen Schaufeld co-founded educational nonprofit All Ages Read Together, as well as 100WomenStrong, which supports other nonprofits in Loudoun County.

She’s also a children’s book author and is working with her husband Fred Schaufeld, co-founder and managing director of SWaN & Legend Venture Partners, on a $150 million rebuild of the historic Hill Top House Hotel in Harpers Ferry, West Virginia. They hope to begin construction in spring 2023. The couple and a relative gave $5 million to Inova Loudoun Hospital in 2016, creating the Schaufeld Family Heart Center.

Karen Schaufeld also is working with nonpartisan VaOurWay on legislation to support career and technical education in the state and is passionate about making funding available to nontraditional preschool programs, like nonprofits, part-time programs and public-private partnerships.

“If you are passionate about where you live, you can’t help but want to make things better within your community,” she says.

Laura Wood has spent years making a difference in Virginia Beach. She co-founded the ViBe Creative District and Old Beach Farmers Market and previously ran Croc’s 19th Street Bistro. Since the ViBe district started, it’s collaborated with the city’s economic development office to create a matching grant program for small businesses. Wood also is a member of the Virginia Museum of Contemporary Art’s board of trustees, serving on several committees, including the diversity, equity and inclusion and development committees. In 2022, she was honored with a Human Rights Award from the city’s Human Rights Commission. When accepting it, she quoted Margaret Mead, saying, “Never doubt that a small group of thoughtful, committed citizens can change the world; indeed, it’s the only thing that ever has.”