Home furnishing retailer IKEA on Tuesday announced the contractors involved in building its 338,000-square-foot Norfolk store while revealing the store will not open until spring 2019.

The Norfolk store will be the company’s second in Virginia. The other location is in Woodbridge.

IKEA has picked Memphis-based Linkous Construction Co. as  construction manager. The company has built nearly 40 million square feet of commercial, industrial and institutional projects in the past three decades, including the IKEA store in Memphis that opened last December.

Other firms assisting with the project are: Divaris Real Estate for site selection support; Wilcox Savage for local land use counsel; Kimley-Horn for civil and traffic engineering; IMEG for structural engineering; ACIES Engineering Inc. for mechanical, electrical and plumbing design; Code Consultants Inc. for code consulting and fire protection; GET Solutions Inc. for geotechnical services; and GreenbergFarrow for development coordination and project architect.

The Virginian-Pilot first reported today that the 2019 opening date is a year later than originally planned. An IKEA spokesman told the newspaper that the change in the schedule was caused by challenges the retailer faced in configuring the store on the property.

“With contractors onboard, plans can proceed towards opening the future IKEA Norfolk,” Lars Petersson, IKEA U.S. president, said in a statement.
The store will feature 50 room-settings, three model-home interiors, a children’s play area and a 450-seat restaurant.

Construction of the store is expected to create more than 500 jobs. The store will employ about 250 workers when it opens.

Located eight miles east of downtown Norfolk, the store, which will have 935 parking spaces, will be built on 19 acres at the northwestern corner of Interstate 64 and Northampton Boulevard.

There are currently more than 400 IKEA stores in 49 countries, including 44 in the U.S. 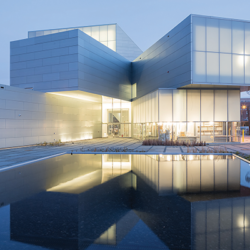 Institute for Contemporary Art opening ‘is a big deal’