The Institute for Advancing Learning and Research in Danville has named Todd M. Yeatts as executive vice president of manufacturing advancement, effective. Oct. 3.

Yeatts joins IALR from The Boeing Co., where he was senior manager for government operations. At the IALR, he will oversee the manufacturing advancement training program, and operation and strategic direction of the new Center for Manufacturing Advancement, expected to open this year. He will report directly to IALR President Telly Tucker.

“I am delighted to welcome Todd to the Institute for Advanced Learning and Research and know that he will bring a wealth of knowledge, insight and leadership,” Tucker said in a statement. “As we continue to serve as a regional catalyst for economic transformation, Todd’s unique background will help advance Southern Virginia’s role as a leading hub of advanced manufacturing. Maintaining strategic relationships with government, industry, education and technology stakeholders will help provide critical support and awareness, especially as we grow our training programs to serve not only our regional workforce but national and defense industrial base needs as well.”

At Boeing, Yeatts conducted program advocacy and awareness campaigns, managed congressional site visits, provided legislative testimony and served as the primary contact for government officials. Before his most recent role at Boeing, he served as regional communication manager for Boeing Integrated Defense Systems in St. Louis, Missouri, after 19 months in Iraq as director of strategic communication for a team based in Baghdad. He also spent 25 years in the U.S. Marine Corps. Additionally, Yeatts worked in state government as the director of communications for the Virginia Tobacco Revitalization Commission and served as military aide-de-camp for Virginia Govs. Tim Kaine, Mark Warner and Bob McDonnell. He was appointed by Govs. Terry McAuliffe, Ralph Northam and Glenn Youngkin to the Governor’s Aerospace Advisory Council.

Yeatts’ roots are in Danville. He has served as assistant city manager of Danville, where he initially served as director of legislative and public affairs. He also was legislative liaison to the General Assembly for Danville and Pittsylvania County. He earned a bachelor’s degree from the University of North Carolina at Wilmington.

Yeatts serves on a variety of boards and commissions, including chairing GO Virginia’s Region 7 Council in Northern Virginia. 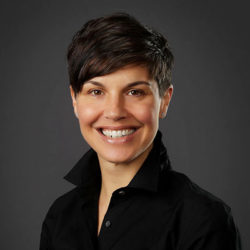 Alexis Ehrhardt has been chamber's president and CEO since 2018