Newport News-based Huntington Ingalls Industries announced Friday its board of directors has elected Kari Wilkinson to serve as executive vice president of HII and president of HII’s Ingalls Shipbuilding division, effective April 1. She will succeed Brian Cuccias, who announced his April 1 retirement.

Cuccias took on his role in 2014, and before that had served as vice president of amphibious ship programs and vice president of program management. He began his career in 1979 as a financial analyst with Litton Data Systems on several Navy programs.

Wilkinson has served as Ingalls’ vice president of program management since 2016. In her new role, she will report directly to Chris Kastner, HII executive vice president and chief operating officer. During her 25-year career, she has worked in engineering, business development and equipment processes in the shipbuilding industry.

She earned her bachelor’s degree in naval architecture and marine engineering from the University of Michigan and her master’s degree in business administration from Temple University. 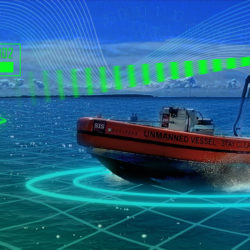