Many hotel owners and operators can’t remember when they didn’t have a hard time attracting and keeping hourly workers. Now, with U.S. unemployment at its lowest in decades, rising wages in many industries, and tighter restrictions on immigration and temporary work visas, hospitality companies are looking at more permanent solutions to deal with a perennial labor shortage.

“It’s always a struggle with an industry that has quite a bit of turnover like we do,” says Eric Terry, president of the Virginia Restaurant, Lodging & Travel Association (VRLTA). “It’s always an area of focus to maintain your recruiting levels. In the really tight labor market that we have today, it really compounds itself.”

Some hospitality companies are offering better pay and more benefits. Others have started to recruit part-time workers from other industries and even recent retirees who want to work part time to supplement their income from Social Security and pensions.

Lodging companies around the U.S. now also use outside vendors to provide buffet breakfasts, all-day meal delivery, housekeeping, equipment repairs and other services.

Looking several years into the future, others plan to invest in technology and smartphone applications, using digital check-in and automatic checkout to reduce the need for some front-desk staff.

While some hotel companies have trouble keeping salaried managers, Terry and other Virginia hospitality industry representatives say the most acute need is hourly workers who perform some of the lowest-paid but most physically demanding jobs.

As the U.S. economy fitfully rebounded from the 2008 financial crisis and the Great Recession, hotels and restaurants were flush with experienced workers laid off from other industries.

But as the economy gained strength in recent years, many of these workers left for higher paying jobs elsewhere. The improving economy also made it more difficult for the industry to retain younger workers unwilling to settle for entry-level wages or unpredictable changes in their work schedules at companies that use just-in-time staffing plans.

Tighter immigration policies
As hotels struggled to meet an increasing need for staff, the Trump administration followed through on a campaign promise to cut the supply of seasonal and temporary visas for foreign-born, hourly workers sponsored by U.S. companies to fill open positions.

“The tightening immigration policies we’re seeing are really beginning to impact that [hourly] side of things,” says Terry of the VRLTA.  “If that continues, if we are not able to come up with a more comprehensive immigration policy, that’s going to continue to be a struggle for our industry for a while.” 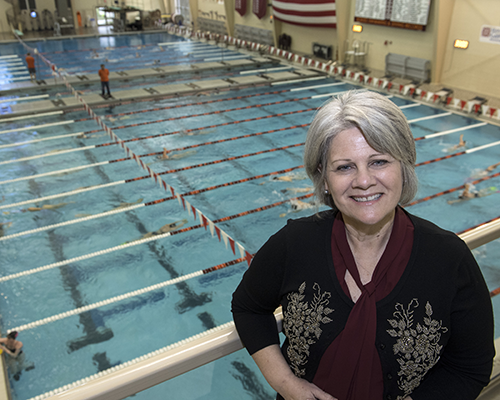 Lisa Bleakley, since 2012 the director of tourism development for Blacksburg, Christiansburg and Montgomery County, is a U.S. Navy veteran who worked for many years at the Virginia Beach Convention Center. She says that too many hotel companies are behind the times in attracting and retaining workers who seek stable, rewarding careers, not just temporary jobs.

“I think our industry has been more focused on the guest experience and maybe not as much on the employee, and now it’s a critical need, just with the changes in the younger work force and what their expectations are,” she says. “In that way, I think our industry is playing a little bit of catch up.”

Bleakley argues that “the worker of today is just a little bit different. They want a seat at the table, to be involved. … People are people. They want to be respected. They want to be appreciated and not taken for granted. In our industry we have a great opportunity to build upon what we already do for our customers.”

“Our industry has had to evolve,” agrees Kimberly Christner, president and CEO of Cornerstone Hospitality, a Williamsburg-based hotel property development and management company.

“We do have to pay more if we want to attract and keep high-quality, high-talent people. We have to put them on a career path where there is training, both internally and externally. We have to provide a quality of life that’s suitable for their family,” she says.

“Years ago, hospitality companies did not offer 401(k) plans or health insurance or life insurance to anyone but upper management. That’s no longer the case. We can’t do that anymore. We have to provide benefits for all team members, and I think that’s a great thing. That’s how it should be. We’re slowly evolving to that to really attract those quality people to come and work for our properties.”

Laura Fuentes, senior vice president of talent and rewards at Hilton, says that about five years ago the global hotelier began focusing on how it could attract and keep high-quality employees, from the company’s executive offices to its 550 company-owned and franchise properties on six continents.

That initiative has resulted in offering educational opportunities to all employees, from high-school equivalency classes to Hilton University, which provides employees the training they need to succeed in their current jobs and eventually gain promotions to rise through the company’s ranks.

In addition to training, employees get steep discounts on lodging at all Hilton properties and resorts. Every U.S. employee — from senior executives to custodians, restaurant servers and housekeepers — gets the same 10 weeks of paid parental leave and $10,000 per-child adoption allowances, Fuentes says.

“We want to attract great talent,” she says. “We compete for talent in many industries, not just hospitality. We need to keep our people engaged and motivated and productive and happy by going above and beyond with our culture.”

Gaining skills
For its part, the American Hotel and Lodging Association (AHLA), in partnership with the National Restaurant Association, offers members a cyberlearning apprenticeship program that helps ambitious, entry-level and experienced hourly workers gain the skills to become managers and supervisors, keeping them from walking out the door to other employers.

“We have about 900,000 open positions in our industry,” says Shelly Weir, an AHLA senior vice president who helps lead the effort. She presented details of the apprenticeship training program at last November’s annual state tourism convention in Richmond.

In a recent study of millennial workers’ job preferences, Weir says, the AHLA found that while “salary and benefits are important to them, they want to work for companies that offer strong career advancement. They want to recognize where they are going from one day to the next, to a year from now to five years from now.

… When we think about this apprenticeship system, it speaks to those in Gen Z and the millennial demographic. It’s giving them the accelerated path to management that they want.”

At that same convention, the bombshell news broke that Amazon would open its National Landing headquarters campus in Arlington, adding tens of thousands of six-figure jobs by 2030 in Northern Virginia. Attendees, excited about the possible business opportunities across the state, could talk of little else.

In connection with the Amazon announcement, Virginia Tech said it would build a $1 billion satellite campus within walking distance of the new HQ.

Bleakley thinks more investment by high-technology companies will benefit hotels and other hospitality companies in the New River Valley, as demand for hotel rooms and meeting spaces rises. Yet, she also hints that it may be a double-edged sword for her industry.

“How do we attract the labor, keep their interest, give them a career track so we can compete with those $150,000 Amazon jobs?” she asks.