Thus far, we’ve been spared from the heat wave that gripped Oregon, as well as the drought hitting California, not to mention western wildfires. But summer is still always a hot time here in Virginia.

Looking back, it wasn’t until 1968 that the commonwealth passed liquor-by-the-drink legislation. In addition to slaking thirst during the hot months, this moved many business and political dealings out of bottle-lockered private membership clubs and into the public eye.

In 1971, Lewis F. Powell Jr. penned for the U.S. Chamber of Commerce what has become known to history as the Powell Memorandum (see Page 20). In it, he outlined steps that the national business community should undertake to protect the free enterprise system against various forces of societal change.

Fifty years later, the pendulum that went from left to right is going left again. Another wave of change is sweeping across Virginia.

Not only have most Confederate monuments come down (Virginia had, by far, the most of any state), but the General Assembly has loosened restrictions on access to voting. The commonwealth’s constitution has been amended to provide for a bipartisan redistricting process. On July 1, the state also skipped right past decriminalization of marijuana and went straight to legalization, despite ongoing federal prohibition.

In electoral politics, hubris supports maxims such as, “As goes Virginia, so goes the nation.” This has proven wrong as often as it has proven right. Still, Dee Cee has undoubtedly gone from left to right and back to left again. If anything, this often happens more quickly on the national front than it does in the commonwealth.

While anything that might eventually come out of the current circular firing squad among national politicians in both parties remains undecided, what’s going on in Dee Cee remains important.

Take infrastructure as an example.

Virginia’s Commonwealth Transportation Fund (CTF) receives almost $1 of every $5 of its funding from federal sources. Regardless of whether new federal infrastructure spending winds up at $1 trillion, $4 trillion or somewhere in between, this is real money that translates into important projects and jobs for Virginians. The CTF funds maintenance and construction for Virginia’s highways, ports, railways and public transportation. Federal funding enables much-needed projects in all these areas to move forward.

Moving forward — what a novel idea!

With COVID in the rearview mirror, business events are beginning to start back up, in-person board meetings are resuming and schools are reopening.

There’s no doubt that some trends accelerated by the pandemic are here to stay. Much like FedEx in the 1980s, Zoom has forever become both a noun and a verb. The shift from storefront retail to digital ordering and home delivery, as well as the impact of remote work on downtown and suburban office space, remain open questions. In economic development, will the scale of corporate headquarters locations decline? Can manufacturing come back to primacy?

On the homefront, we’re now having dinner parties and catching up with friends without using Zoom. Cocktails to go are no longer just a fixture in New Orleans; they will be legal in Virginia for at least another year.

Virginia also has retained its prestigious ranking from CNBC as the No. 1 state for business.

Business is back! Billionaires are engaged in a space race! Cocktails, anyone? ν

In redistricting, geography is destiny 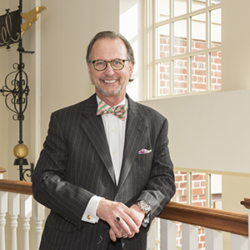 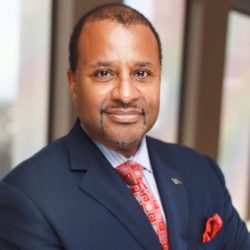 A moment for change