These are the Virginians who feed and delight us, nourishing body, mind and soul through arts and entertainment, food and beverage, hospitality, media and sports. 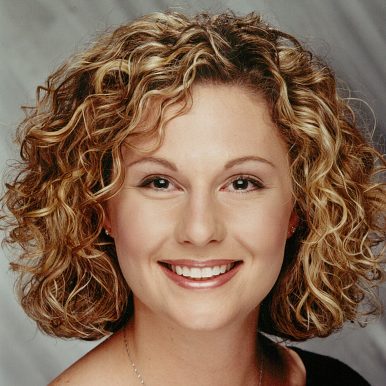 Victoria Cimino came to Williamsburg in 2019 from New Hampshire, where she also directed a tourism development office.

Visit Williamsburg, also known as the Williamsburg Tourism Council, was created by the General Assembly in 2018. Leading a new destination marketing organization would have been challenging on its own, but then the pandemic hit. “Visit Williamsburg quickly shifted its focus to serve as a hospitality industry information hub, while continuing to refine a long-term marketing strategy,” Cimino says. “We were building the plane while we were flying it.”

In March, the Hospitality Sales & Marketing Association (HSMAI) recognized Cimino as one of its 2021 Top 25 Extraordinary Minds in Sales, Marketing, and Revenue Optimization.

Cashe’ Clark hoped to walk away with $10,000 in prize money to help her open a brick-and-mortar bakery after her appearance on the Food Network’s “Holiday Baking Championship: Gingerbread Showdown” in November 2021.

While she didn’t win, Clark’s business, Confection Queens, is continuing online, with a focus on wedding desserts, and she’s also building a catering business, Cuisine King 757, with her boyfriend, Deshawn Thompson.

A middle school career- skills class led Clark to cake baking, and she’s hopeful for another shot at an appearance on television. As to whether a storefront is in the future, she’s not sure. 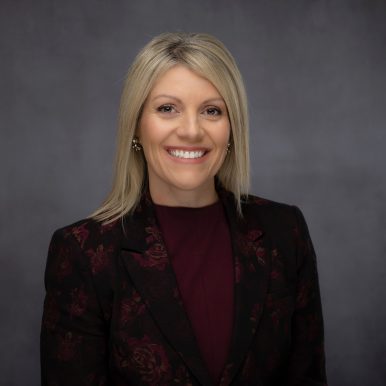 A newcomer to Southwest Virginia, Allie Evangelista hails from Brazil and runs the state’s first casino, which opened in July in a temporary space at the former Bristol Mall. Although new to Hard Rock, which plans to open the permanent Bristol hotel and casino in 2024, Evangelista has worked in the gaming industry since 2006, starting as an assistant slot operations manager in Missouri. Her most recent position was vice president and general manager of Hollywood Casino Perryville in Maryland. Evangelista is busy hiring casino employees, meeting people and making local connections. “I love living here,” she says. “I always heard about Southern hospitality, but I never saw what it was about until I moved here.” 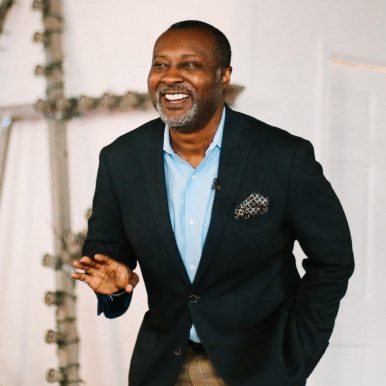 When BK Fulton worked as an executive for Verizon Communications Inc., he wasn’t sure what exactly his next chapter would entail. “I wanted to leave a legacy,” he says.

As a student at Virginia Tech, Fulton struggled until he stumbled upon books about significant figures in African American history. Reading about the achievements of Americans who looked like him, Fulton says, put his life “on rocket boosters.”

Fulton wondered what would happen if he began telling similar stories on the big screen. And so, in 2017, he founded Soulidifly Productions, a media company that produces and invests in films, television and theater productions and books. Recently, Fulton served as executive producer on “The Kill Room,” a comedy-thriller starring Samuel L. Jackson that’s currently in post-production. 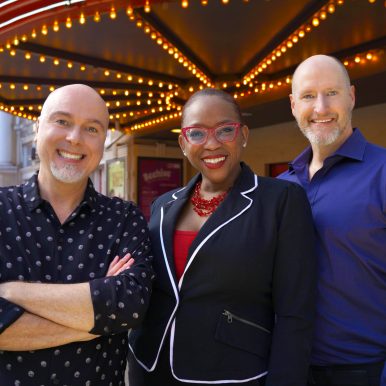 In May, Richmond’s venerable professional theater company named a trifecta of artistic directors. Desirée Roots, a beloved musical theater star who has a 30-year association with Virginia Rep, became the theater’s community director in 2021. This spring, she was joined by Rick Hammerly, the Rep’s artistic director of programming, and Todd Norris, artistic director of education. In October, Virginia Rep bought the Scottish Rite Temple in Richmond for $3.5 million as a home for its family theater, a move that creates “endless opportunities for new programming for youth and families,” Roots says. Norris notes that there will be a full 2023-24 season of family-friendly performances there, plus an expansion of spring break and summer offerings for children. Meanwhile, at its downtown November Theatre, the Rep’s 2023-24 Signature Season slate will include a Carole King musical and “After December,” a play by Richmond writer Bo Wilson that will be directed by Hammerly.

Publisher and editor, The Rockbridge Advocate

Since March 1992, Doug Harwood has published The Rockbridge Advocate, a “stubbornly provincial” and proudly print-only monthly paper. Harwood’s also proud of his investigative coverage, including of a young man’s murder at Western State Hospital, and of his local history coverage, such as the story of a 10-year-old enslaved boy sentenced to hang for burning his master’s barn. “These events that happen now are just ripples in this great story of humanity,” Harwood explains. As a child, he rummaged through old family documents in steamer trunks — now, he says, he rummages around the courthouse. A musician as well as a wordsmith, he played percussion in bands in the ’70s and early ’80s, and he’s run “The Anti-Headache Machine” music radio show from Washington & Lee since 1971.

After graduating from the London College of Fashion and visiting Bangladesh, Raeesah Islam developed meningitis. Once she recovered, Islam felt she needed to rediscover her inspiration. In 2015, she started her nonprofit, which established an art school in the city of Feni in Bangladesh, where her father is from. “But giving art shows out here, I realized that there’s an equal need out here for creative outlets,” Islam says. Utopia Feni has a gallery in Virginia Beach, but it also launched the #VAweloveyou campaign in 2020, putting light and music shows on Instagram Live, organizing protests and otherwise connecting people. The nonprofit partnered with several businesses in 2022 to launch the three-day “Where the Heart Is” festival in Virginia Beach, which it plans to hold annually. Islam also spoke on a panel during Pharrell Williams’ Mighty Dream forum in early November. 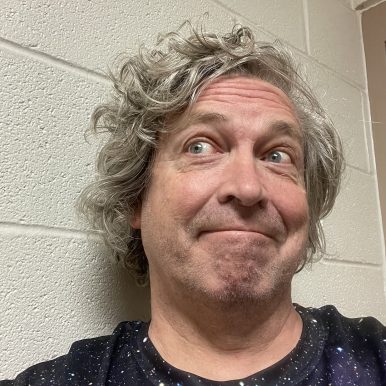 In October, Todd Jennings took a coonskin cap and a razor blade to work, proclaiming himself Shave-y Crockett. Although his full-time job is with the town of Hillsville’s wastewater treatment plant, Jennings has been writing humor columns for the Galax Gazette for eight years, and for The Roanoke Times’ website before that. “They call me Mr. Post-it Note at work,” he says, because he’s always writing down ideas. Those notes eventually go into a running “ideas folder” that spans several manila folders he plans to digitize. Jennings’ favorite column is one he wrote about vowels — he investigated how “w” got into the phrase, “a,e,i,o,u and sometimes y and w.” Teachers wrote to him to say they were using the column in their classes, he says. 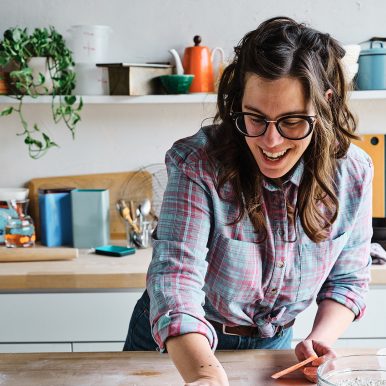 What does a good life look like? For baker Tara Jensen, that may be less of a question than a pursuit. Bon Appétit took note of Jensen’s journey in 2016 — she was running her own bakery in North Carolina — and a profile in that magazine led to her first book, “A Baker’s Year: Twelve Months of Baking and Living the Simple Life at the Smoke Signals Bakery.” In 2021, Southern Living magazine named Jensen its cook of the year; her second book, “Flour Power: The Practice and Pursuit of Baking Sourdough,” dropped in August.

After three years in Wise County, Jensen and her family settled on her husband’s family’s farm in Hamilton in western Loudoun County in March. There, she hopes to grow and mill wheat and establish an educational center. The good life now includes teaching workshops and writing about baking.

Husband-and-wife team Dylan Locke and Heather Krantz bought The Floyd Country Store — a combo music venue, grocery store and deli — in 2014, and have expanded it to include a music school and musical instruments store. Amid the pandemic in 2020, the couple kept the store’s 30-year tradition of Friday Night Jamborees going, with performers playing for an online-only audience, although now in-person shows have returned. Saturdays offer Americana Afternoons, with blues, folk, jazz and rock musicians playing live. In October, the store launched a streaming platform that is available on smart TVs, allowing people to watch shows at home. It’s available at floydcountrystore.tv. Krantz, meanwhile, is in charge of the café’s menu, and Locke says many regulars and employees consider her “the mom” of the business: “She’s really built a beautiful, welcoming environment, and you pair that with the music … those are the things that are really special.” 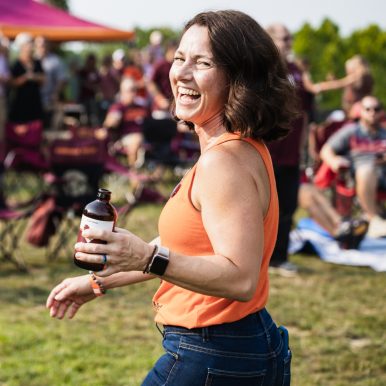 Kate Lee was named president of the state’s largest craft beer brewery in July. She joined Hardywood in 2014 after 12 years at Anheuser-Busch InBev, starting as a quality assurance supervisor at its Fort Collins, Colorado, brewery and working in Ohio and New Hampshire before landing in Williamsburg as assistant brewmaster. Lee studied food science at North Carolina State University, where a food preservation class piqued her interest in beer.

As part of her preparation for running Hardywood, Lee earned an MBA from Virginia Commonwealth University. Since taking over, she has implemented value-based training for leadership and brewery-wide training on inclusion, diversity and unconscious bias.

“I was just really looking for something more personable, something where I could seek more of an impact [and make] a difference, have more decision-making capability,” she says. 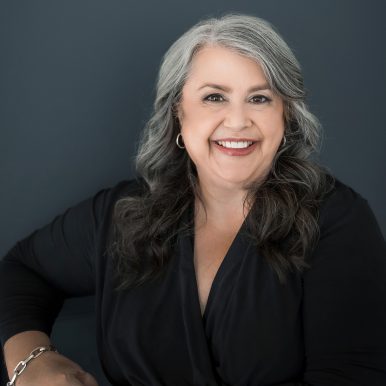 At 59, Patrick regularly writes book reviews for the Los Angeles Times and previously contributed reviews to The Washington Post. She also hosts the podcast “Missing Pages,” which investigates publishing world scandals. Her memoir, “Life B: Overcoming Double Depression,” will be released this spring by Counterpoint Press. It grew out of a 2016 essay published in Elle about Patrick’s lifelong mental health struggles and the help she received in her 50s.

As a reader, Patrick’s favorite books usually fall into the literary fiction category and often have what she describes as “spiritual heart. I don’t mean religious heart or faith-based heart, but just real spirituality about the human condition,” she says. 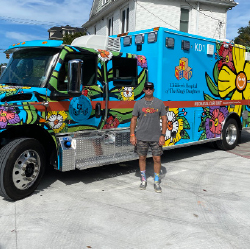 During a transitional period of his life, Troy Summerell, who’d previously worked as a barback, bartender and manager at restaurants around Virginia Beach, decided to try art as a career. The longtime surfer sat down and sketched sea creatures, including a turtle and a whale. “I was like, ‘Oh, I have something,’” he recalls.

Instantly recognizable, Summerell’s designs depict smiling sea creatures painted in the brightest colors. He named his business, which he launched in 2014, OnieTonie after his late grandmother, Onie Lane.

His work can also be admired on large murals scattered throughout Hampton Roads and on several Children’s Hospital of The King’s Daughters ambulances. Fans can take home Summerell’s designs on everything from T-shirts to socks at onietonie.com. 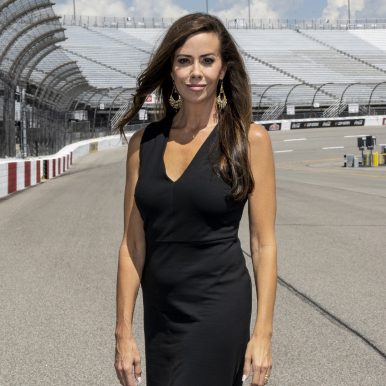 During Lori Waran’s first week on the job, Gov. Glenn Youngkin came to Richmond Raceway to film a now-controversial commercial promoting tourism, and, she says, he “caught the [racing] bug that day after driving the pace car.” The excitement hasn’t stopped since. Waran became track president in June — after having been Virginia Business’ vice president of sales and marketing and assistant publisher for two years — and already has a race weekend under her belt. She’s also visited tracks in Daytona Beach, Florida; Darlington, South Carolina; and Charlotte, North Carolina.  On her list of successes: bringing basketball legend and team owner Michael Jordan to the Federated Auto Parts 400 race in August. She promises more surprises are coming, but for now, “we are reserving the right to surprise, shock and awe.” 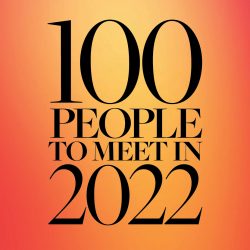