Jonathan Montiel and his business partners, Phillip and Lexi Hughes, bought a building in downtown Hopewell and asked community members what they needed. Their answer: more restaurants.

That’s how City Point Ice Cream & Burgers was born, and the trio think it’s also why they won the $15,000 first prize in the Homegrown for Hopewell business pitch competition — because they showed up to the competition with a solution to a community problem. They plan to use the prize money to purchase some much-needed kitchen equipment.

Funding for the program came from a community business launch grant from the Virginia Department of Housing and Community Development and the city of Hopewell.

The competition attracted 109 applicants — half of which completed a virtual business boot camp held at Virginia State University. Twelve ultimately were chosen to compete in the pitch contest, which was held in late May.

“I want people to get access to the information I got, so they can begin that journey instead of the four years it took me,” he said. The 4,000-square-foot kitchen building will have room for about four businesses to work simultaneously, and he hopes to rent it to approximately 30 businesses each month.

Heather Lyne, executive director of the Downtown Hopewell Partnership, wants to make the Homegrown program sustainable. “Our board hopes to find innovative ways to build on the Community Business Launch Grant with our partners and keep startup resources flowing into the business community in Hopewell.” 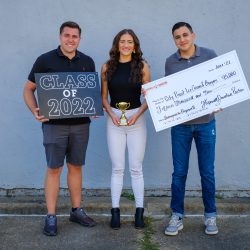 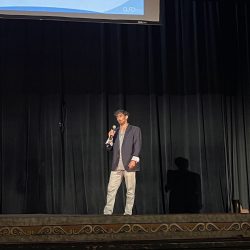