HII is expected to move into the space in late summer 2023. HII spokesman Danny Hernandez called the new space an “enhancement” to the company’s presence in the national capital region, bringing it closer to the Pentagon as well as Reagan National Airport.

HII already has presence in the region, including at the Navy Yard, in Washington, D.C., and in McLean, where its Mission Technologies division is headquartered. The new space will be comprised of employees from corporate, as well as those from HII’s Ingalls, Newport News Shipbuilding and Mission Technologies divisions who currently operate near the Navy Yard. About half of HII’s Navy Yard-based employees will move, Hernandez said, but did not give a specific number.

The company’s space at the Navy Yard will also be reduced, Hernandez said, adding that the new space will be on one floor, “which is important to our team and culture.”

“We will maintain space near the Navy Yard so our close working relationship with our largest customer, the U.S. Navy, continues, and at the National Landing we will get better access to our wider set of customers across the services,” Hernandez said. “Our headquarters stays in Newport News, and this new space facilitates quick travel between them. We’re excited about what this means for our HII team and our ability to grow our impact, with all our customers.”

HII employs more than 44,000 workers in Virginia and the company is the country’s only builder of nuclear-powered aircraft carriers, including the Navy’s newest flattop, the first-in-class USS Gerald R. Ford, which left Norfolk on its maiden deployment earlier this month.

HII has also expanded its focus as a technology business, expanding its capabilities and workforce to meet the needs of its national security customers. 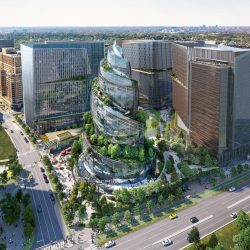 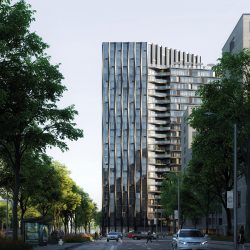 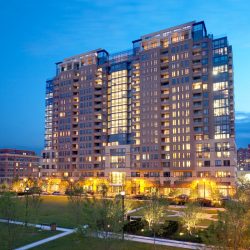