Radford University is expanding its reach.

With the absorption of Roanoke’s private Jefferson College of Health Sciences, the creation of the Appalachian Community Outreach Institute in Abingdon, the birth of a multidisciplinary entrepreneurial lab and a re-established Small Business Development Center on campus, as well as growing partnerships with businesses and regional business organizations, Radford is casting a much larger shadow than the former teachers’ college once did.

“I think it’s important as an institution that we’re beginning to think more outward in terms of how we’re serving not only the New River Valley, the Roanoke Valley [and] Southwest Virginia, but how we’re serving the commonwealth,” says Radford University President Brian Hemphill.

“One of the things important to us as we think about the vision for Radford University is becoming a premiere innovative university in the commonwealth of Virginia and beyond, with a focus on teaching, research and service, and to bring that vision to life, to make sure that we are positioning the institution properly and making a difference.”

Once in a lifetime
The most obvious difference is Radford University Carilion, the Roanoke health sciences campus created when Carilion Clinic’s Jefferson College of Health Sciences became part of Radford’s Waldron College of Health and Human Services. 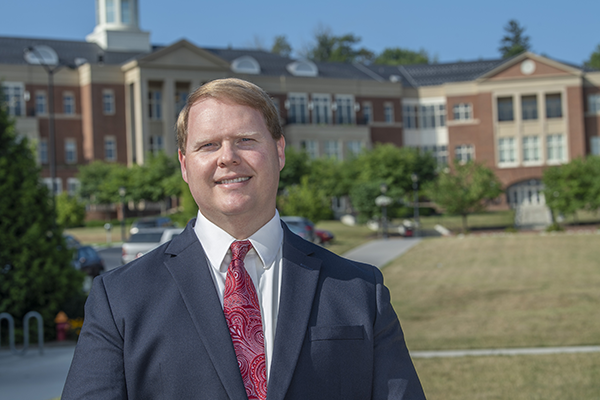 “It’s one of those collaborative, sort-of-synergistic opportunities that don’t come along … I mean, it’s almost a once-in-a-lifetime type of deal,” says Kenneth Cox, dean of the Waldron College. “I don’t know if we will truly realize how truly special this is for another 10 years.”

Waldron already trained nurses, social workers, speech pathologists, occupational therapists and physical therapists. In the new configuration, Cox says, “We’re going to be gaining a whole new portfolio of programs that really takes Radford to the next level in terms of our educational status in the commonwealth.”

Among the additions are two doctoral programs — doctor of occupational therapy and doctor of health sciences. The latter is taught completely online. The physician’s assistant program, something that’s usually found in medical schools, Cox says, is new to Waldron, too. The program routinely has more than 1,000 applicants for its 42 slots, according to Cox.

The Bureau of Labor Statistics predicts that, due to the aging population, health-care professions will grow faster than any other occupational group through at least 2026.

“Workforce is absolutely critical and that is one of the key shortages that we know that we’re facing for the years to come,” Hemphill says, “and so we are going to look at how we can be a leader in that space.”

A strong defense
Computer science, particularly cybersecurity, is another growing field Radford is concentrating on.

“According to the governor’s office a year or so ago, there were 17,000 unfilled positions in cybersecurity in Virginia alone,” says Orion Rogers, dean of Radford’s Artis College of Science and Technology. That was before Amazon announced plans to build its HQ2 headquarters in Northern Virginia.

Radford is trying to prime the pump by offering three-day cybersecurity camps to groups of high school students. This year, the university hosted students from Pulaski, Floyd and Lancaster counties and Radford City Schools.

Since 2014, Radford has hosted the RUSecure Capture the Flag contest. Teams have to solve a series of problems and defend a network from attacks. Open to high school, community college and home school students, the competition lasts more than a month, with teams that qualify for the finals coming to Radford’s campus for a one-day showdown. All finalists are offered scholarships.

The first contest had 36 students on nine teams representing four schools. The 2018-19 event saw 1,449 students competing on 345 teams from 106 schools. Twitch TV, an Amazon-owned streaming platform dedicated to live-streaming video games and e-sports, carried the event, which had 147,638 unique viewers tuning in.

Radford always has valued hands-on experience, says Steve Childers, director of innovation and professor of management in the Davis College of Business and Economics, “but it was just something we just did. It wasn’t very coordinated. It wasn’t something throughout the university creating a common tie, a common thread throughout.” 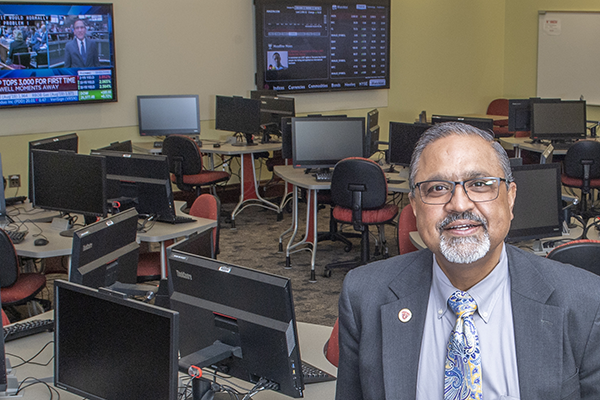 Now that thread extends off campus and into the regional economy, says Davis College Dean Joyendu Bhadury. “Our success as a business school, as a public business school, is highly tied to the success of the regional businesses,” he says. “When they become successful, there are going to be more internships and job opportunities for our students.”

Students gain experience through partnerships, internships and networking with business organizations, but some get exposure to the workplace through on-campus groups such as the Student Management Investment Portfolio Organization.

Begun in 2003 with a $100,000 investment from the university foundation, the student-managed SMIPO fund has grown to nearly $2 million, according to Bhadury. Student money managers do their trading in Radford, but they also visit exchanges in New York and Chicago, where they meet c-suite executives. “Those students are very successful at finding jobs,” Bhadury says.

The SMIPO trading lab is one of three classrooms where, this fall, the business school will be piloting tri-modal instruction that allows graduate students to experience their classes face-to-face, over an interactive internet connection or through video recordings. While the business school uses technology to reach more students off-campus, it’s also bringing middle and high school economics teachers on campus for free, three-day annual conferences to teach them how to prepare their students for business school.

Growing entrepreneurism
For some time, Radford’s business school has encouraged students to focus on entrepreneurship and innovation, to develop ideas for new businesses.  “What we haven’t had in the past that we are working on now,” says Childers, “is a systematic approach to helping them actually launch those ventures.”

An important part of that system will be the Venture Lab, housed in Kyle Hall, the business school’s home.

“Think of it as a business incubation space,” says Bhadury.

It’s a co-working space offering faculty support, virtual reality and 3-D printing that students can access it 24 hours a day. When they’re ready to take the next step, the Small Business Development Center will be just a few steps away.

“They can come one level up in Kyle Hall and seek direct advice from an SBDC adviser who will be seated there,” Bhadury says. “The whole idea is to create, to seed, to crystallize, to create a system of innovation in the minds of all Radford students. … Innovation will be the key to our future.”

The Venture Lab is not a business school-only operation and it’s not for business students alone.

“We’re growing it organically, but we’re putting a lot of cross-disciplinary expertise from across campus into that and we’ll have external partners as well,” says Kenna Colley, interim provost and vice president of academic affairs. “We really want it to be a destination for all students from across campus.”

It’s important to promote entrepreneurship across disciplines, she says, even for students who aren’t planning to open a business.

“There has to be a certain level of entrepreneurship that’s embedded into the academics because things change way too fast in our society,” says Colley. “I think we just have to teach that way of thinking.”