Region works to keep talent, the currency of the 21st century

Not all of the Roanoke region’s 2018 economic news was rosy.

Deschutes Brewery, which had announced nearly three years ago its plans to build a $95 million brewery that would employ 108 people, indefinitely delayed a June 2019 groundbreaking and laid off 10 percent of its workforce.

Advance Auto, a Fortune 500 company that had been based in Roanoke since its founding in 1932, decided to call Raleigh, N.C., home instead.

The Advance Auto move, in particular, isn’t as big a deal as it appeared, says Beth Doughty, executive director of the Roanoke Regional Partnership.

“The designation of Advance Auto’s headquarters to North Carolina was part of another economic deal in North Carolina, where they were expanding in North Carolina to take advantage of technical talent that they perceived was available, was more readily available, maybe, in the Raleigh area,” Doughty says. “It does not affect the jobs in the Roanoke region. In fact, Advance renewed its lease on its facilities here in the region.”

Most people seem to understand that situation, she says, “I hardly got any comments on it.”

In fact, Doughty says, 2018 “was a good, steady year of investment — lots of expansion, which you like to see because growth of existing business is a great endorsement of your business environment and workforce. So, it was a good year.”

‘An exceptional year’
Robert McAden, president and CEO of the Roanoke-Blacksburg Technology Council, is even more positive. “It’s been an exceptional year,” he says, “especially if we look at the world of technology.”

McAden points to Block.one, a blockchain company whose initial coin offering raised more than $4 billion, and 1901 Group, an IT company that plans to add 580 jobs and a new building in the Corporate Research Center. “Those two alone are huge stories for the New River Valley,” McAden says.

In addition, Polymer Solutions was bought by SGS, a Swiss inspection, verification, testing and certification company. TORC, which designs control and navigation systems for robots and unmanned vehicles, announced plans to add 55 jobs.

Paper and packaging company WestRock, which employs more than 3,000 people in Virginia, plans a $248.4 million upgrade to the company’s facilities in Covington and Alleghany County.

“That’s one of the biggest deals in the state last year,” Doughty says. “It’s good for the economy to see them kind of doubling down on their presence here and their impact. Even though there are no [new] jobs with it, what you see there is a reinforcement of a major employer to the region and to the state.”

Of course, the state’s biggest economic news last year was landing half of Amazon’s HQ2.  McAden and Doughty think that project will affect the Roanoke and New River valleys.

“I think part of the story that gets lost is how much growth that is going to create in the undergraduate landscape in computer science in the New River Valley,” McAden says. 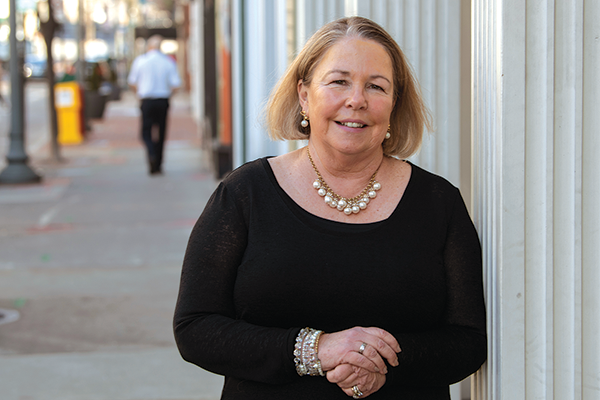 While a significant attraction for Amazon was a new Virginia Tech campus in Northern Virginia, the Blacksburg campus is expected to churn out more computer science graduates, too. Doughty thinks the demand for talent could create all sorts of opportunities in the region.

“What we’re seeing is a lot of panic over Amazon and what the impact of that’s going to be on other employers in that market,” she says. “There is real panic among existing employers.”

That could mean more opportunities for remote operations similar to the services the 1901 Group provides for government agencies from its base in Blacksburg. That development, however, requires talent. The Roanoke Regional Partnership has been working on the issue, Doughty says.

“We have a new focus on talent, talent attraction and retention,” Doughty says. “When you look at Advance Auto, their expansion into North Carolina was really largely attributed to their perception that a large, major metro, a state capital, had greater access to talent. So, we as a region need to continue to cultivate [talent]. We’re seeing real progress in terms of people wanting to live here and take advantage of the livability of this market, but we have to continue to work on that.”

There are 25 colleges and universities within 60 miles of Roanoke, she says, and they produce more talent than the region can possibly use — but it hasn’t done a good job of making sure those college students realize the opportunities that exist nearby. The partnership, with its new emphasis on attracting and retaining talent, is trying to correct that.

Building a pipeline
“The first thing we started doing was building a pipeline from these colleges to the business community,” Doughty says. “It’s like any pipeline. You’ve got to engineer it. I think we’re already starting to see results. The colleges that weren’t aware of opportunities, the students who weren’t aware of opportunities, are now slowly starting to realize that.”

She talks of visiting Virginia Tech engineering students with a few employers. At the beginning of the visit, she asked the students if they’d considered Roanoke as a place to work after graduation. Perhaps one student said yes. By the end of the visit, many students said they’d take a look at opportunities in and around Roanoke.

That kind of dialogue is overdue, she says, and it’s astounding it hasn’t been done in such an organized way before.

“Talent is the currency of the 21st century,” she says, “and we need to be printing it.”

Actual currency is perceived as a problem for fledgling companies. McAden says that’s true any place where startups are looking for support, and the region is developing ways to deal with that need. Virginia Tech and Carilion Clinic have developed investment funds, and

McAden says a developing angel network may begin to have an impact this year.

“I think that lack of capital is definitely being addressed,” he says, “Everybody says that’s a problem, but I think worthy projects usually find funding somehow.”

Research center grows
One project that’s not hurting for funding is the Fralin Biomedical Research Institute at VTC. Opened in 2010 in Roanoke as the Virginia Tech Carilion Research Institute, the organization changed its name in November after it received a $50 million gift from Cynthia and

“Those are highly skilled jobs, highly educated people,” Doughty says. “It is an importer of talent.”

That talent also adds to the economy.

“When you have the knowledge workers that are making above-average  salaries, that benefits everybody,” McAden says. “Whether you’re a landscaper, a hairstylist, whether you are a real estate agent — all of that kind of lifts all of those boats.”

While biomedical and high-tech, internet-based companies get a lot of attention, Doughty reminds people that those aren’t the only games in the region. Seven of the top 10 job-producing deals in the Roanoke and New River valleys last year involved companies that make things — mining equipment, night-vision devices, trailers, insulating glass.

A lot of things seem to be growing, according to Doughty. The Roanoke Valley added 3,900 jobs last year, with an employment growth rate higher than the state and national numbers and the lowest unemployment rate since 2001.

“I think,” McAden adds, “it’s an exciting time for this region.”