Herndon-based online education provider K12 Inc. announced Tuesday that the company was the victim of a ransomware attack that may have compromised its corporate back office systems.

“We do believe that the attacker accessed certain parts of our corporate back office systems, including some student and employee information on those systems, but it will take further time to determine the scope of the information accessed,” according to a company statement.

The company has cyber insurance and has worked with its insurance provider to make a payment to the ransomware attacker to ensure information will not be released, according to a statement.

The attack did not directly impact the nearly 165,000 students in kindergarten through 12th grades enrolled in K12’s online programs, according to a company statement. Based on the company’s investigation, the attack also did not affect its learning management system and its client schools (charter and district online schools) are still open, operating and secure, according to K12.

“Stride considers the security and integrity of our systems and network among our top priorities, particularly considering the large shift this year to remote learning and work due to COVID-19,” according to a company statement. “While no company can ever eliminate the risk of a cyberattack, we are working extensively with an industry-leading third-party forensics firm to ensure that we are taking all appropriate steps to prevent any incident like this from happening again.”

The company has assembled an advisory team for the incident including:

The team will help K12 with its response to the incident, including state and federal law compliance. 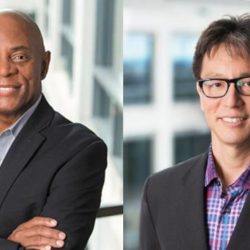